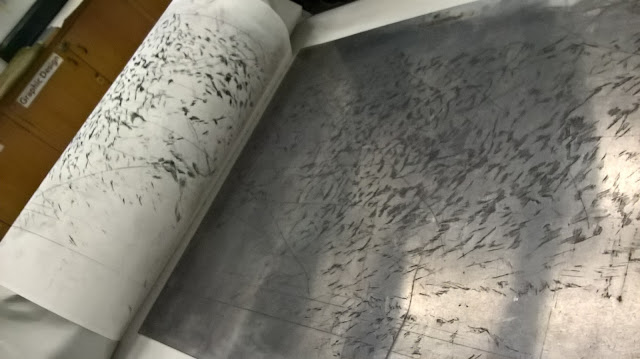 My initial idea for my degree show was to create a forest of data, creating an installation that works with data from trees from all the residencies I have been on whist being a final year student at UCS. I have been fortunate enough to take part in residencies in Lithuania, Cyprus, France and Woodbridge (ok the last one doesn't sound quite so exotic). However all of these residencies are in the past and I wanted to work with data from the future (stay with me I'm not bonkers - honest). In September 2016 I will be studying MA Printmaking at Cambridge School of Art so it seemed like Cambridge would be an apt place to gather data from a tree. I chose a particular tree from Cambridge Botanical Gardens.... 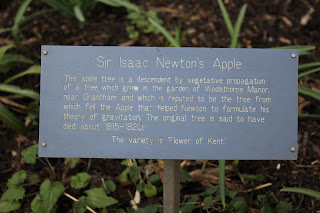 Sir Isaac Newton's Apple tree at Cambridge Botanical Gardens is descended from the original tree where it is believe Sir Isaac Newton saw an apple falling which influenced the theory of gravity. I was intrigued by the idea of this tree being a re-print from the original and so took several macro shots of the tree. I understand as an artist things that I do that I perceive perfectly normal may in fact be a tad bizarre to other humans so after spending over an hour looking, sketching and photographing the tree a  member of staff came over and asked why I was so interested in the tree.

On the train back to Ipswich I knew I wanted to create some etchings working with the photos somehow, however after working on the Medis Informacija etchings I wanted to create prints which worked with more fluid and gestural marks that were less obsessive and more spontaneous. Naturally I wanted to work with larger print matrices so I cut some aluminium plates to 80x60cm (the largest size I dare put through the lovely press in the print room). 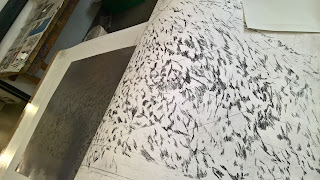 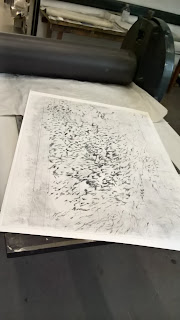 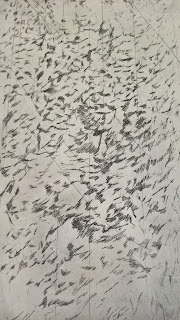 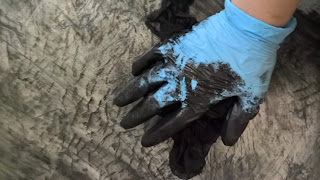 Inking up the plate 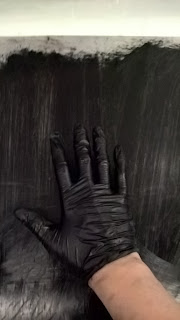 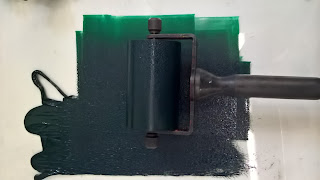 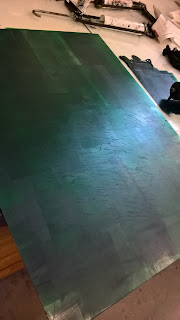 Having spent so long working on the print matrices I wanted to experiment with how I could exhibit the prints in the degree show and immediately knew that framing wasn't the answer. The beautiful burr of an intaglio plate should never be closed off by a layer of glass in a frame so I thought it would be interesting to work with the prints from a more sculptural perspective. 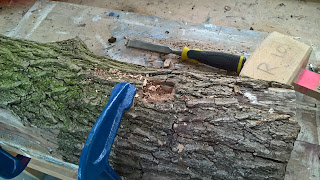 After cutting tree trunk sections in half with an axe I proceeded to chisel holes into the wood to make room to slot wooden battens in that the prints could then be attached to. 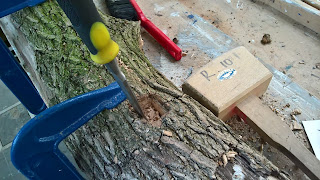 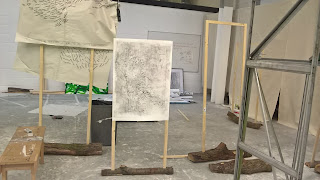 After creating a few of the structures I quickly realised that although the relationship between the printed data from a tree above an actual section of tree seemed good originally - in reality it didn't really fit the space. 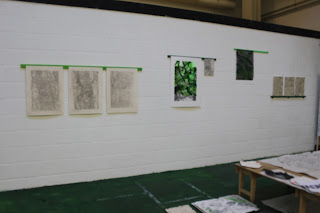 From a curatorial perspective I needed to think fast to create a different mechanism in which to exhibit the prints and in order to maintain some continuity within the show I opted to develop an idea from The Experimental Village 2.0 where I hung my prints by pinning them to neon spray painted battens. After a quick test I rolled out this method to the entire show and now the prints hang gracefully - without frames.