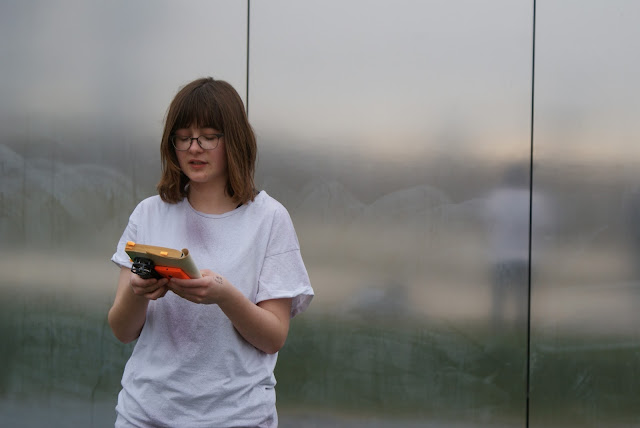 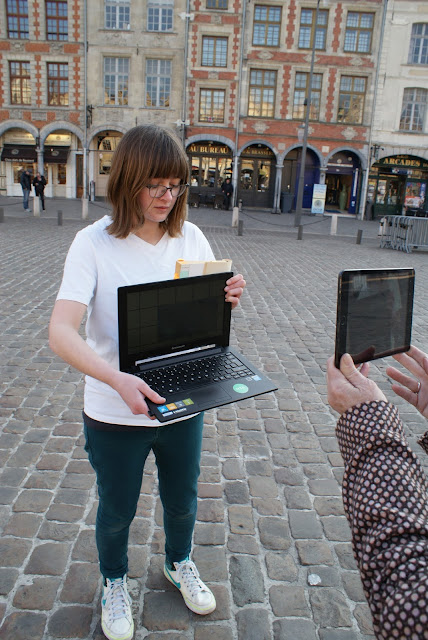 Rhizome/Nausea is a development of the medium Live Print, a term I have coined to explore both virtual and actual forms of embodiment of print.

Rhizome/Nausea uses data from trees from the Place d’Ipswich, Arras (France) and trees from Ipswich (England) to refer to Gilles Deleuze’s concept of the rhizome. Trees act as natural networks and function as data stores. Our reality is blended between the actual and virtual as we recycle digital and physical elements into a hyperreal landscape saturated by information and mediated by data gatekeepers. We have reached a crisis of representation and now we exist by reprinting the self within virtual environments. Through Live Printing I am attempting to reclaim a digital identity by grounding the self and the body in the real/physical. By streaming the body using a live feed the body is recycled electronically and broadcast online to be claimed by users of the Internet.

The data used for the Live Print comes from the novel Nausea by Jean-Paul Sartre and is re printed and layered to allude to the idea of copy/paste. Within Live Printing the body replaces the traditional print matrix in which to highlight the absorption of the self into the network. A digital distance is created in performing the Live Print via a live stream, when accessed online the Live Print takes on a new lens to be experienced. Agency is transformed by the screen and engagement is manipulated by our absorption of the pixel. In reclaiming digital alienation by grounding the self in the real and immersing the body and not the mind in the digital the body has been forced to collapse under the noise of the screen. Through Live Printing I am attempting to release the body from the seduction of the screen.

Rhizome/Nausea was streamed live on line here, a spoken word piece was also given at the Louvre-Lens on 17/03/2016, see below for documentation of this: