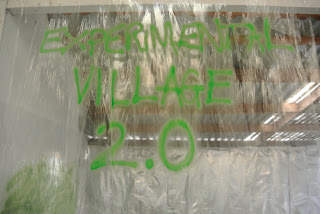 EXPERIMENTAL VILLAGE 2.0 is an installation of site specific works created and exhibited at Cyprus College of Art between 18/04/2016-23/04/2016. The village is a reincarnation of EXPERIMENTAL VILLAGE from an installation constructed on a residency at the college last year (21/03/2015-28/03/2015). Just as new technology is released and endless software updates are offered (cite Apple IOS updates) the Experimental Village received a debug and update.

Following an error report alerting me to a lack of digital technologies in the original Experimental Village this year I bought my laptop, GoPro, Camera, Pico Projector and Zoom H1 sound recorder in order to document and data mine the landscape for information to process back in the studio at the college. Alongside these new technologies I also bought some clear plastic plates/matrices for drypoint printing in order to explore printmaking through the lens of new media. 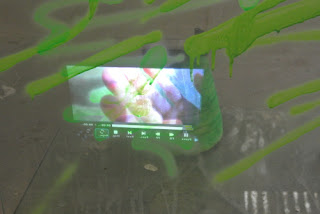 By projecting onto toughened glass the screen is extended beyond the surface, not only is the projection split into two layers on either side of the glass but the projection goes through the glass to project information onto the surfaces in front of the work. Without the presence of the spectator/audience this surface is the wall, however when stood in front of the work data is projected onto the spectator/audience’s body/surface/exterior. 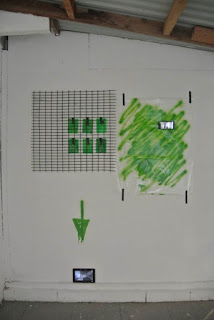 
Our digital footprint is closely monitored and we are under constant surveillance. Through the piece Tracking/Cookies I have employed the use of a Go Pro Hero 3 camera connected over a WiFi network to an iPad Mini to offer a live feed of the Experimental Village 2.0.  The piece becomes activated by the presence and agency of the emancipated spectator and allows the true exposure that our digital lives are subjected to made explicit.  The camera is deliberately upside down in an attempt to further the sense of disembodiment created by the screen. 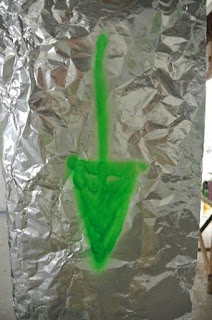 Across the Experimental Village 2.0 is a series of arrows, these arrows represent the idea of the infinite scroll. As we engage in a haptic means with our touch screens we are inclined to act by means of a swiping gesture which seems almost infinite. This active gesture has shortened our attention spans and has begun to command our attitudes away from the screen. Our habits of the screen have transcended to become cognitive in everyday, if something isn’t now then it is too late, everything is always too late. We are constantly trying to mimic the hyperspeed of technology, we are no longer able to mirror the technology we gave created. 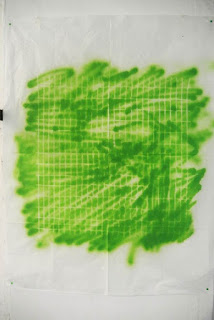 
Grid is a mono print using green spray paint to document the trace of a steel grid. The grid is an iconic symbol which has connotations and links with Minimalism and Network theory. The interconnectivity of the woven steel lines creates a sense of balance and symmetry to match technologies pursuit of perfection. 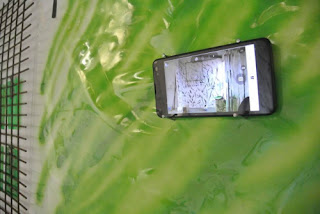 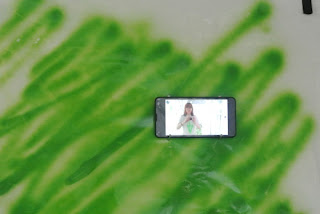 The drypoint matrices from the Experimental Village prints have been sprayed on the reverse with Fluorescent green paint. My use of fluroscent stems from the flashes and presence of consumerist desires on the Internet. Our attention is constantly trying to be absorbed by the screen, in turn I have applied the use of fluorescent colours in order to try and capture attention and bounce interest  and attention around the installation. 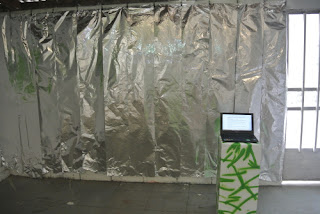 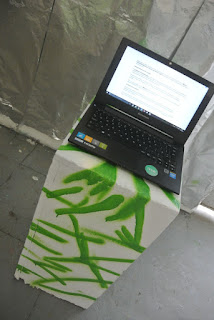 
Working with aluminium foil and projection of water, Information Flow attempts to represent the liquid capacity of data.

Emily Godden & Audit Chaos (2016) Flatscreen [Live print] Photo: Sara Hayes
Not only have we become absorbed by the screens that have permeated our everyday but we are becoming suffocated and locked to their presence. We bend our bodies around screens on an increasingly in-human scale and where the body limits and physically grounds the self, the virtual opens up a new dimension for the self to exist which is free of physical limitations. The piece FLATSCREEN is actualised by the presence of my body when the Live Print is in action.

Digital technologies have transformed language and how we communicate and with these new technologies comes new languages. Computers operate through the language of binary, and although we as humans might learn another language such as French or Spanish we don’t learn digital languages such as binary. During the Live Print I spoke in binary and my computer read in English with the automated voice AMY. This role reversal of languages is layered as I attempt to keep up with the computer reading the specification sheet of the new Sony BRAVIA KD85XD8505BU Smart 4k Ultra HD HDR 85" LED TV. 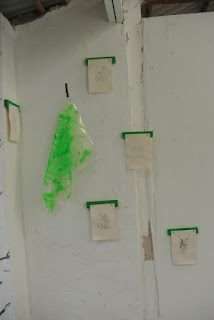 The drypoint matrices used for the Experimental Village  prints intentionally scaled to the size of an average smart phone to allow the matrices to reflect the gateway qualities of the small screens most of us have sat in our pockets. 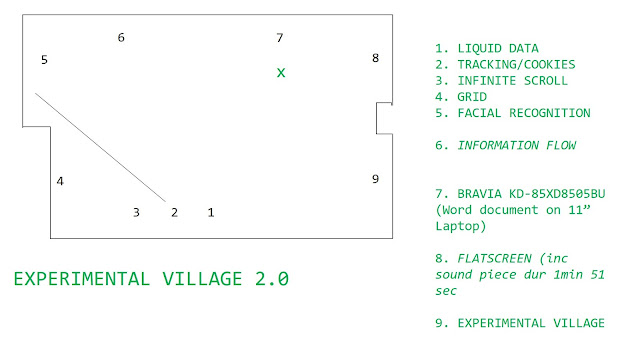