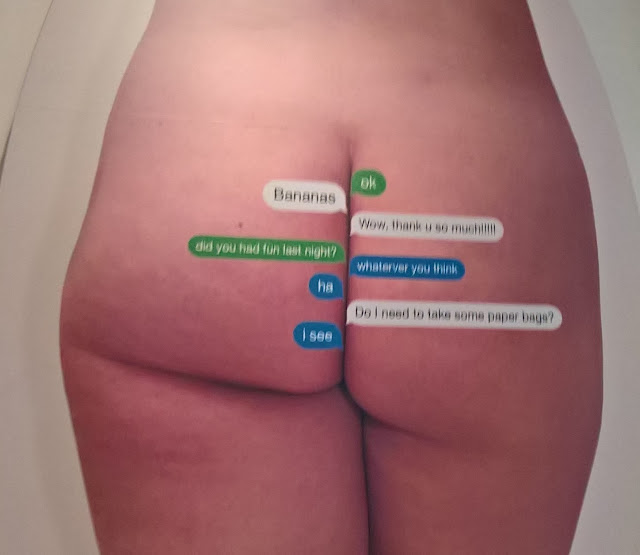 Currently on show at the Whitechapel Gallery, London is Electronic Superhighway 2016-1966, an exhibition exploring the relationship between art and the Internet over five decades displaying work by over 70 artists. You enter the exhibition to encounter some immediately cheeky curation (no really, have you seen Olaf Breuning’s Text Butt ?) Anyway moving on from the butt of a bad joke the exhibition is simply saturated with information, much like the Internet itself.

The internet is said to be a playground full of virtual experiences, it is therefore no surprise to see that the bulk of the exhibition is governed by screens (I wouldn’t want the Whitechapel’s electricity bill). Varying from ultra flatscreen super-duper LED marvels to old-school CRT monitors visitors to the exhibition are still seen bending their bodies around these screens. 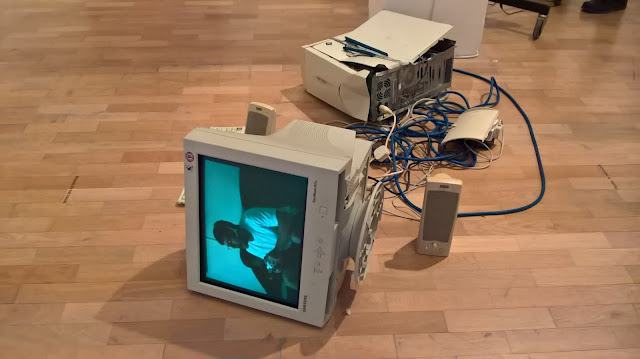 Collaged with different dialogues a queer humour subsumed the main gallery space as the exhibition is percolated with a totalitarian theme. We have become absorbed by the Internet and the exhibition serves as a reminder of how the machines that exist to serve us could in years to come exist to be served by us but enough of the 1984 references #YOLO.

Jonas Lund’s work VIP (Viewer Improved Painting), (2014) could be seen to take on Philosopher Jacques Rancière’s The Emancipated Spectator with a twist. According to the gallery paratext; “In this two-monitor installation a gaze tracking camera records what screen the viewer looks at. Slowly, it iterates different compositions over time, choosing optimal colour based on the viewer’s preference.” Lund seems to literally display the viewer’s emancipation as the viewer has the capacity to associate or disassociate themselves with the mimetic work through the simple act of looking away. If you want to switch off Lund’s work then look away to avoid an eye opening experience. The viewer has the capacity to extend themselves beyond the binary active/passive boundaries of engagement with the work. 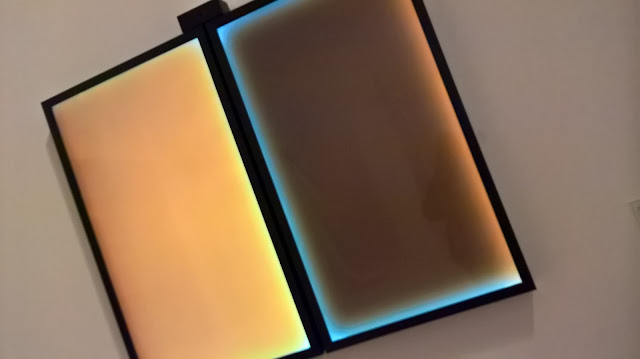 If interpreted through the lens of Guy Debord’s text The Society of the Spectacle then Lund’s VIP (Viewer Improved Painting) is capable of being a work which transcends the virtual/actual binary:

5
The spectacle cannot be understood either as a deliberate distortion of the visual world or as a product of the technology of the mass dissemination of images. It is far better viewed as a weltanschauung that has been actualized, translated into the material realm ­ a world view transformed into an objective force.
(Debord, 1994, p.5)

The viewer’s gaze and weltanschauung is distracted and becomes introverted as our gaze and apprehension of the world is reflected back on us, much like that of a traditional screen. Our gaze transforms the through the actualisation of the gaze into the virtual our world view is transformed.

Through into the next gallery Harun Farocki’s work Parallel I-IV, (2012-14) is a six screen (yes six screen) video installation which allegedly offers an immersive meditation on how images are created and experienced. Farocki’s projectors float with the dissident qualities of drones hanging in a void of dark space, perhaps to allude to the negative space of the dark net. 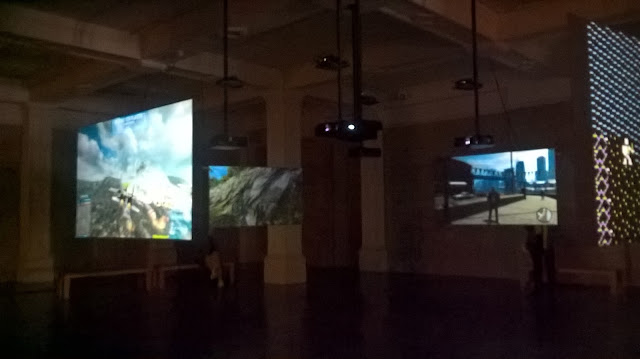 Anywho before you float away I’ll wrap things up here as like the Internet I could hyperlink may way through and discuss these works to infinity and beyond but before you click off this page I’ll leave you with some advice to take with you on your Internet travels; be sure to look left and right before clicking your way through the Information Superhighway. 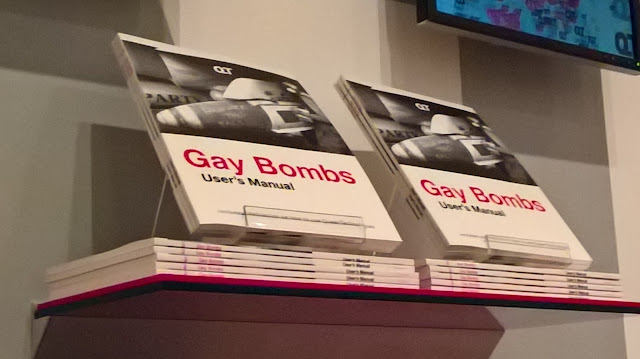 The exhibition TheElectronic Superhighway 2016-1966 runs until the 15th May, 2016at Whitechapel Gallery, London.