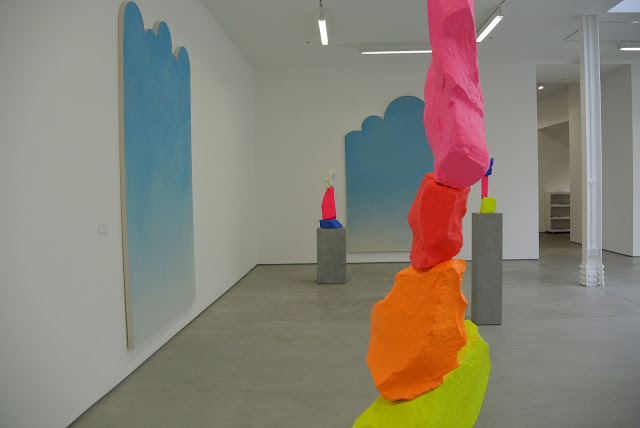 Asides from thinking it must have been a joy to stretch those curvaceous cloud canvases there’s a serious ethereal edge to the sponged pigment floating on the surface to Rondinone’s Cloud paintings. Titled after the dates produced the Cloud paintings lift the Mountain sculptures into a hyper-landscape. Stacked and painted in a coat of day-glo colours the rocks form towers poised to topple and are lit with a neon luminosity grounded by concrete plinths.

Shaped by nature there’s a touch of the haptic in the linear Waterfall sculptures. Strung out in hand modelled clay and cast in aluminium the fluid form rises and falls in the space, cutting a thin line through the gallery and closing the space into sectioned areas for viewers to marvel at the spiralling fountain forms like tourists at the Trevi fountains.

Grounded by natural phenomena the works hover as if in a state of metamorphosis, the tension in the varying weights of the works is dissolved in a dialogue dictating spatial relationships and the viewer’s negotiation of the gallery space. Like a lost wanderer in the landscape the viewer navigates Rondinone’s works walking around the Mountains and under the Waterfall guided by a clear blue sky. 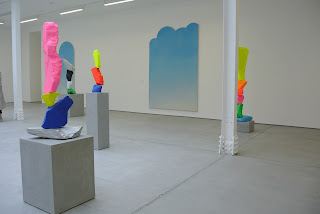 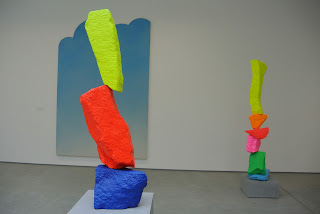 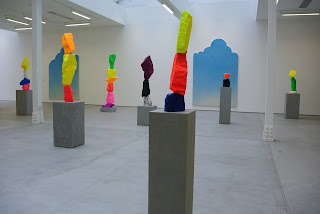 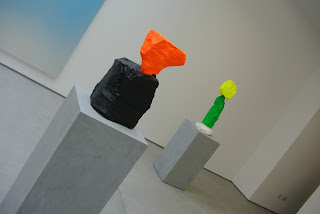 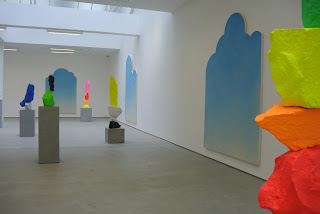