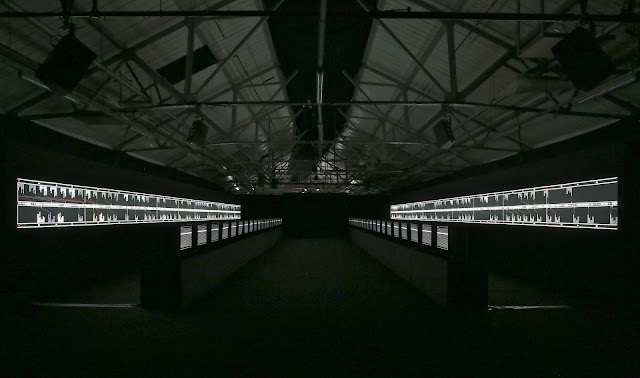 The work explores the aesthetics of quantum information theory and particle physics, now please no switching off or yawning like you did in high school physics.  In the first of two pitch black spaces in Brewer Street Car Park, tiny ball bearings move in complex, seemingly random ways across inclined light boxes emitting intense white light.  The movements are simultaneously translated into rapidly changing, blinking data on two 20m long screens and forty monitors in the next space. An immersive disorientating collision of mutating, sound, text and visual data, the work is a close interrogation at the intersection of music and visual art through mathematics, quantum mechanics and logic.

* In particle physics, ‘supersymmetry’ is a theoretical mathematical model that helps explain why particles have mass, and which is being tested in orchestrated experiments at CERN (Centre for Nuclear Research).

Catch supersymmetry before close of play on Sunday 31st May, 2015. 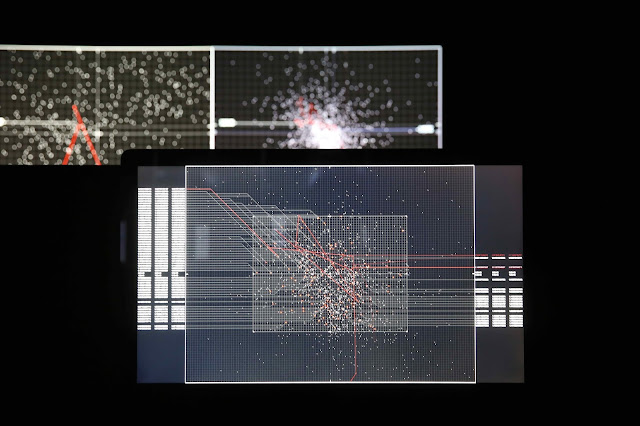