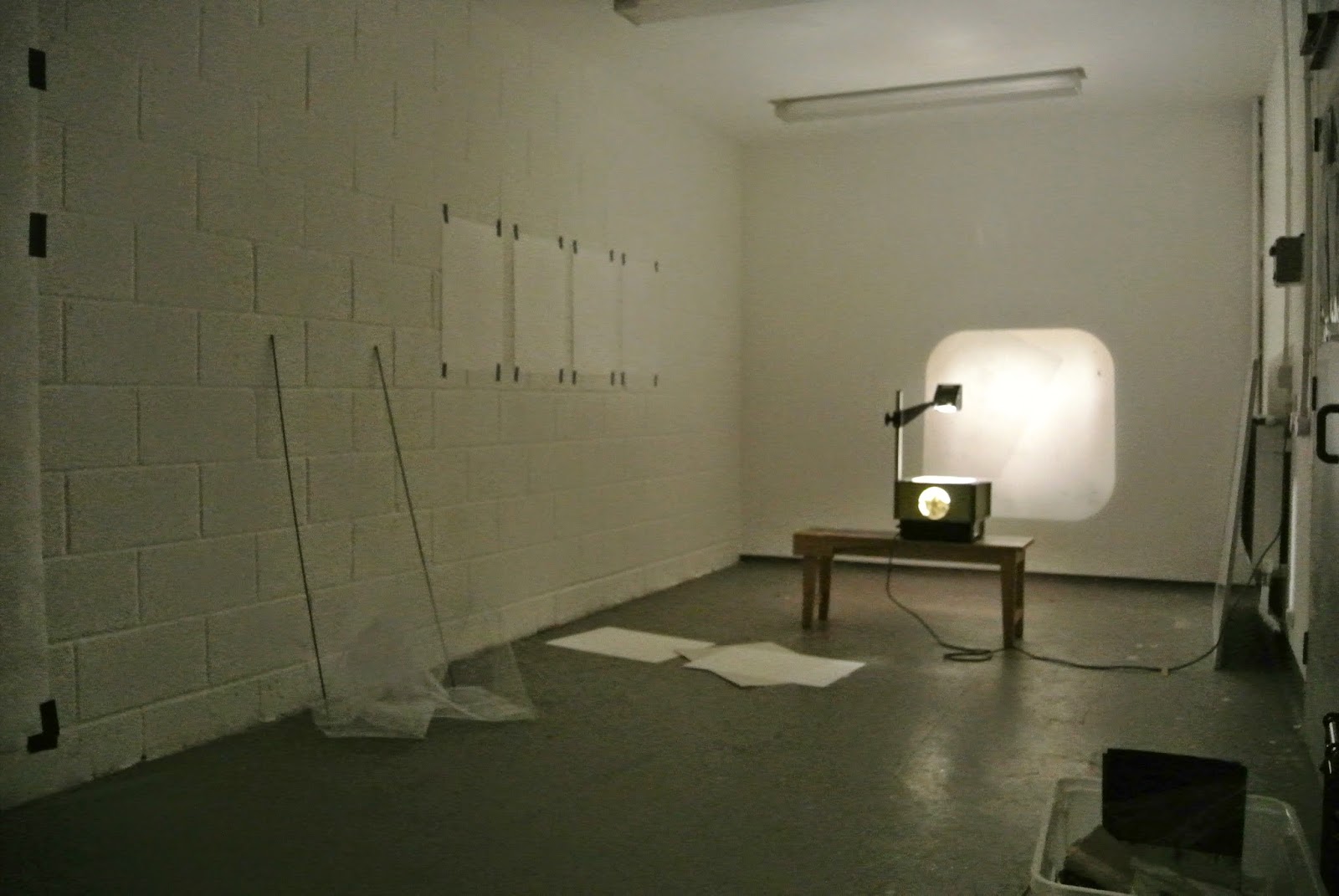 This afternoon I was able to start my turn in the white space as part of 10 PRJCT after spending Monday afternoon introducing the other 9 artists to the space and finalising details of the project. Initially the space felt quite daunting but after having undertaken a 10 second performance on Monday evening in the space I had some source material to explore.

I've never really engaged too much with painting in my practice so I decided to use this opportunity as a means of scaling up and taking a dive into the world of oils. There are so many considerations that come with any work of art, as a means of overcoming my essentially fear of painting I thought perhaps I should eliminate light and work in total darkness. Paint has a beautiful textural quality and by working in total darkness I had to engage in a means of touch enabling me to exploit the physicality and form of the paint.

I spent ten minutes working on each of the paintings and may well revisit them before the week is out, however for now they were almost a means of performance. Used initially as a means of articulating the emotion elucidated from the 10 second performance on Monday they embody a sense of being activated by participating in a dialogue between hand and paint. See below for some images which document day 2: 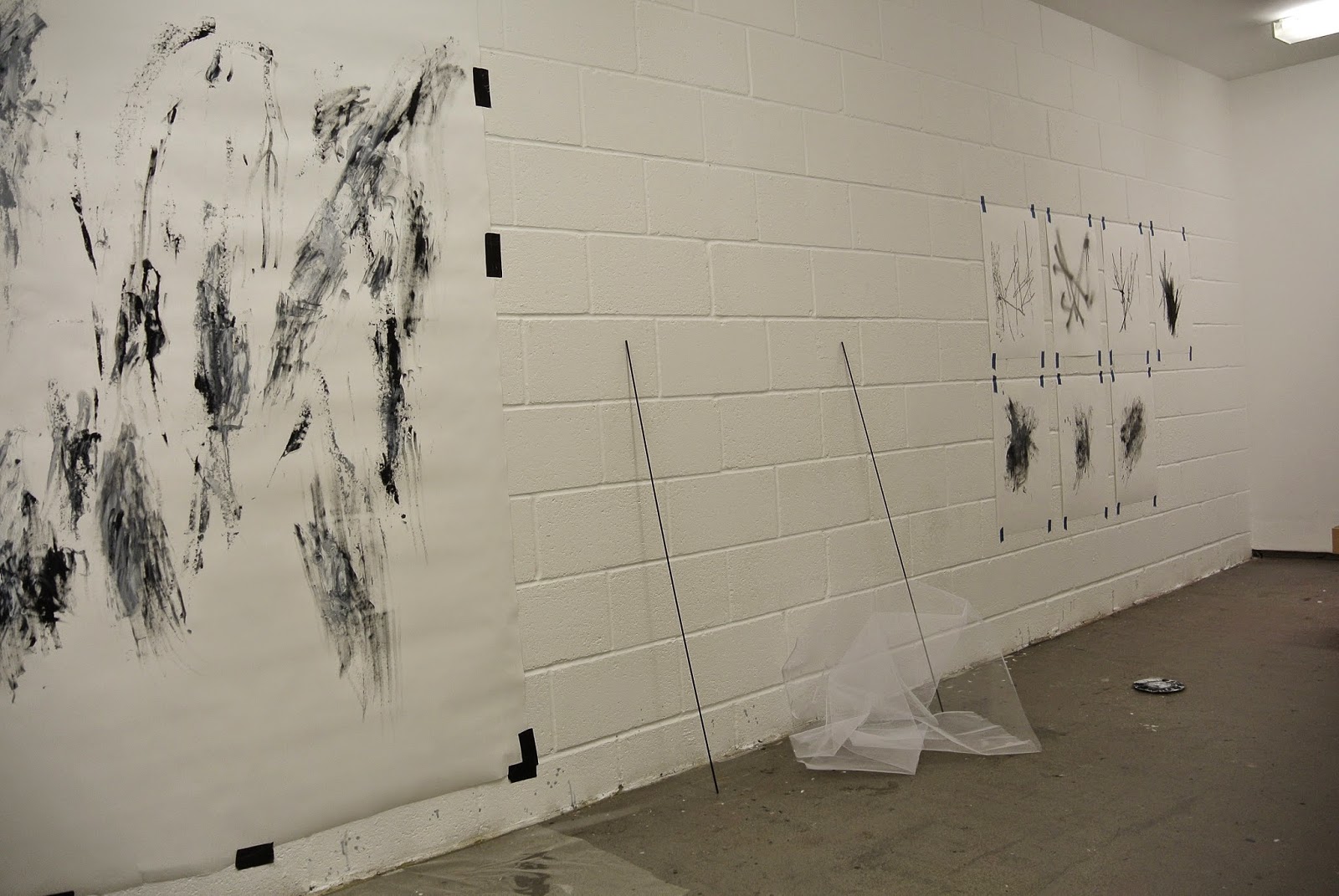 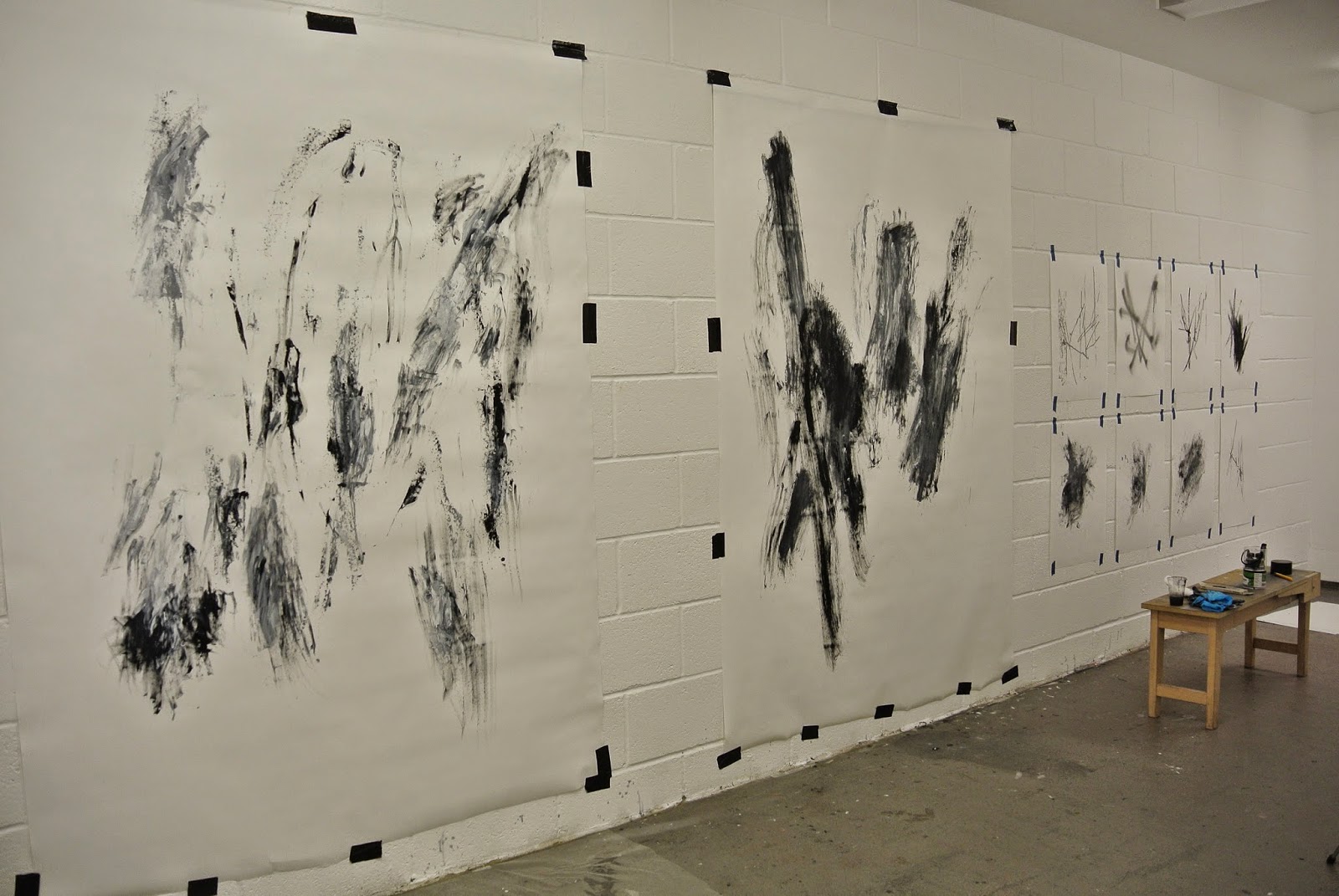 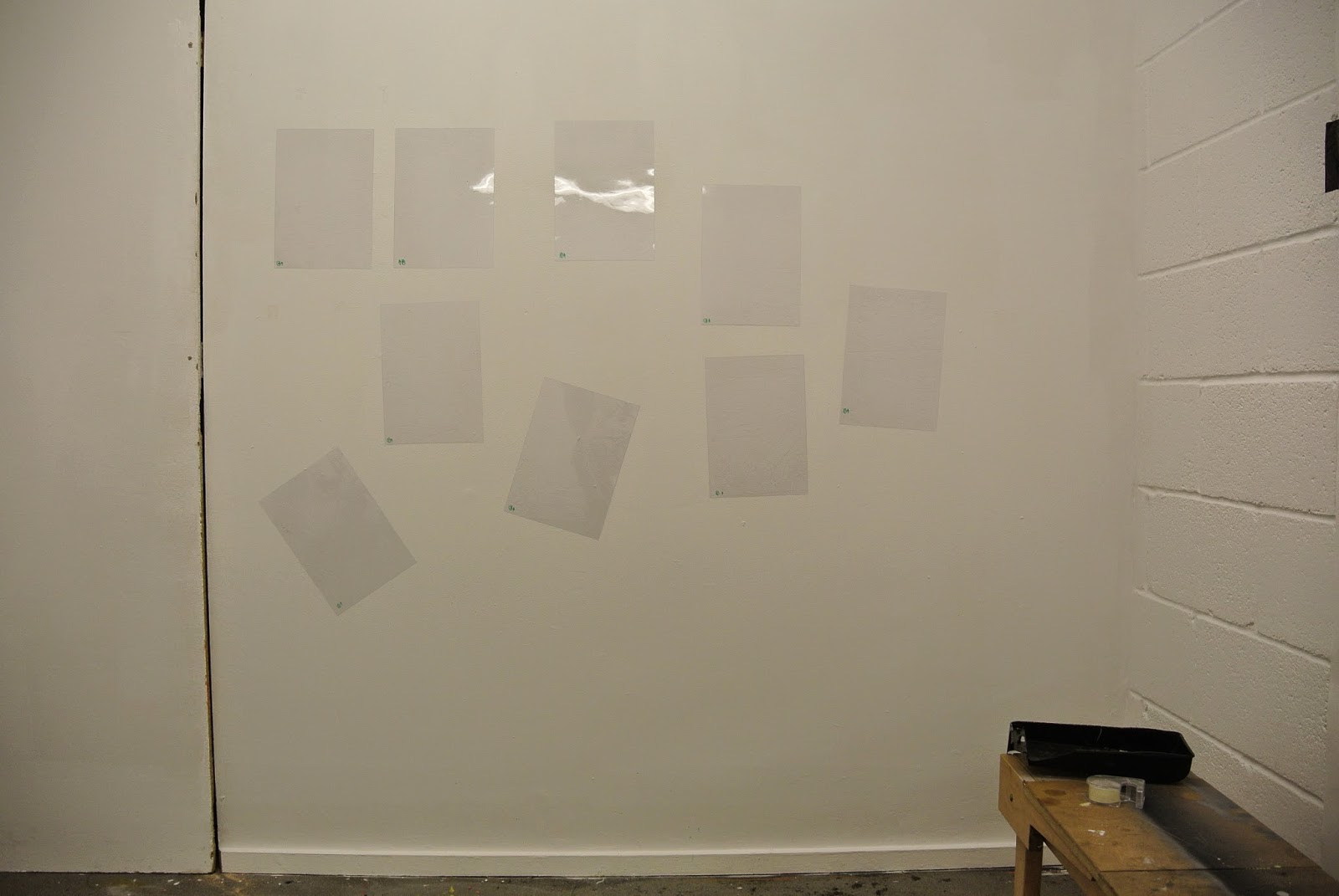 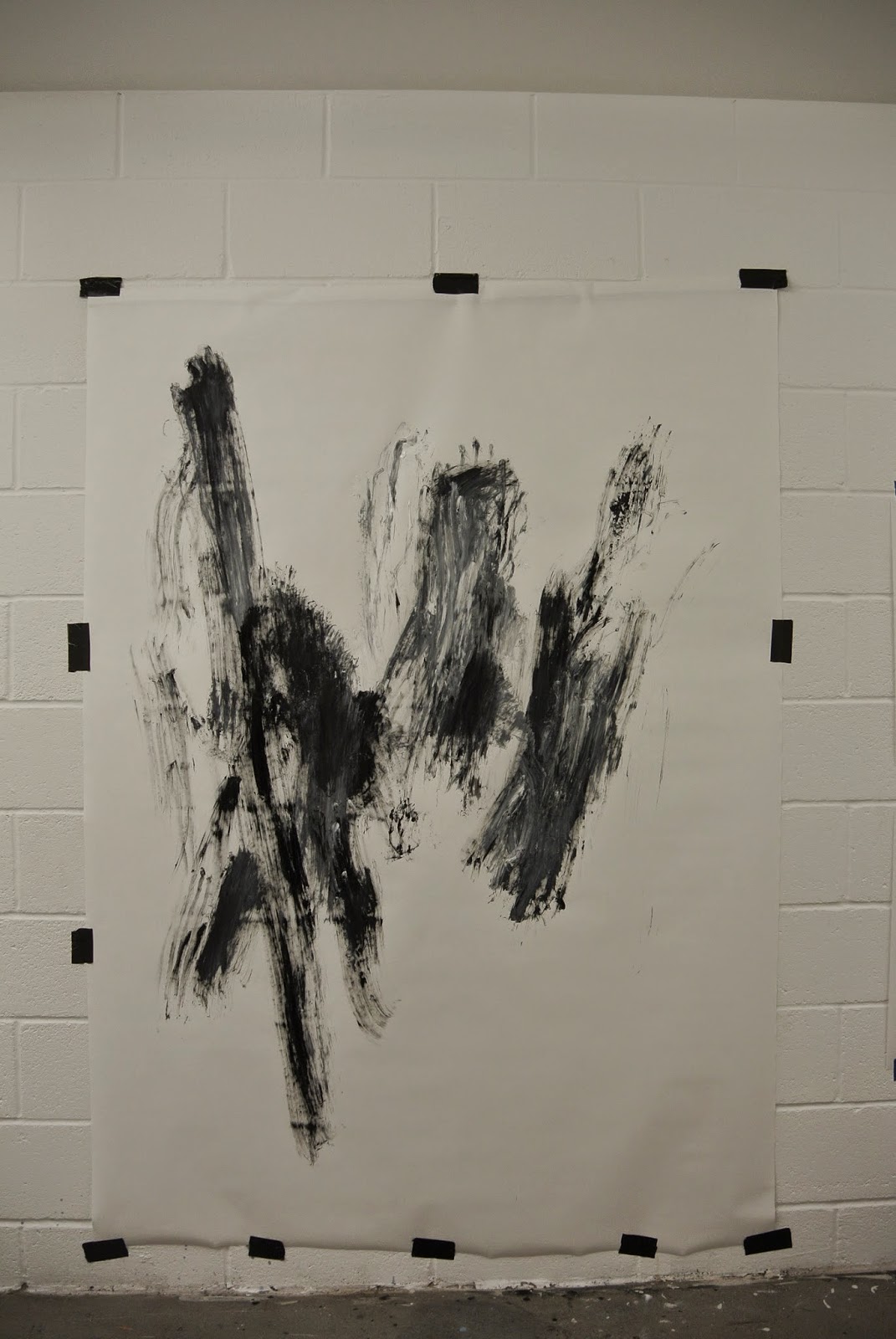 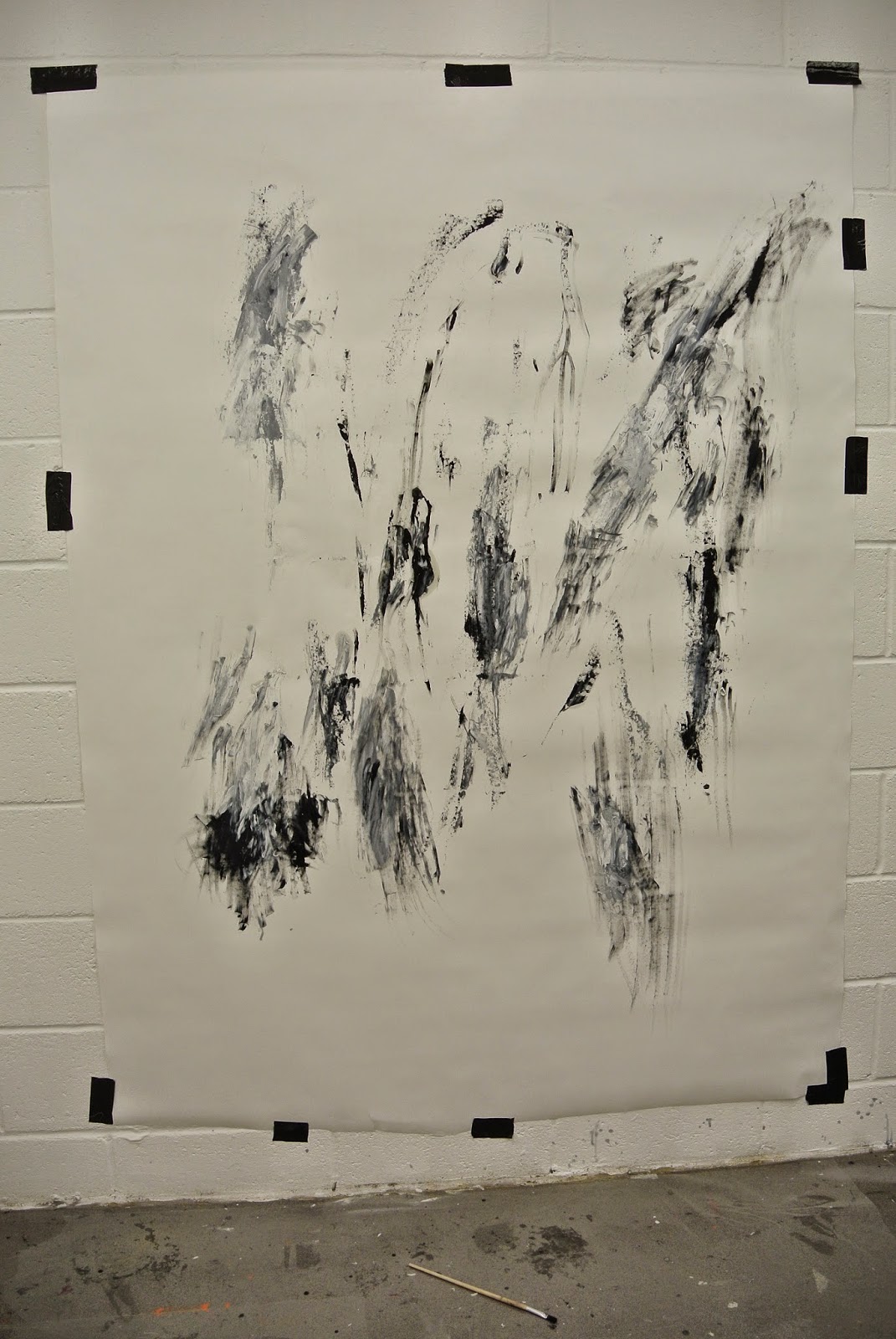 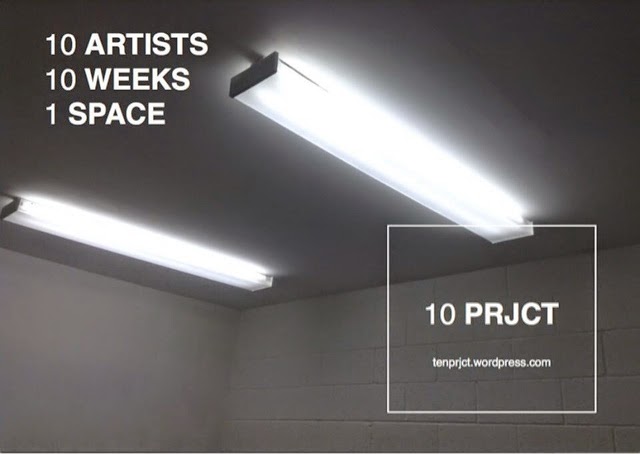