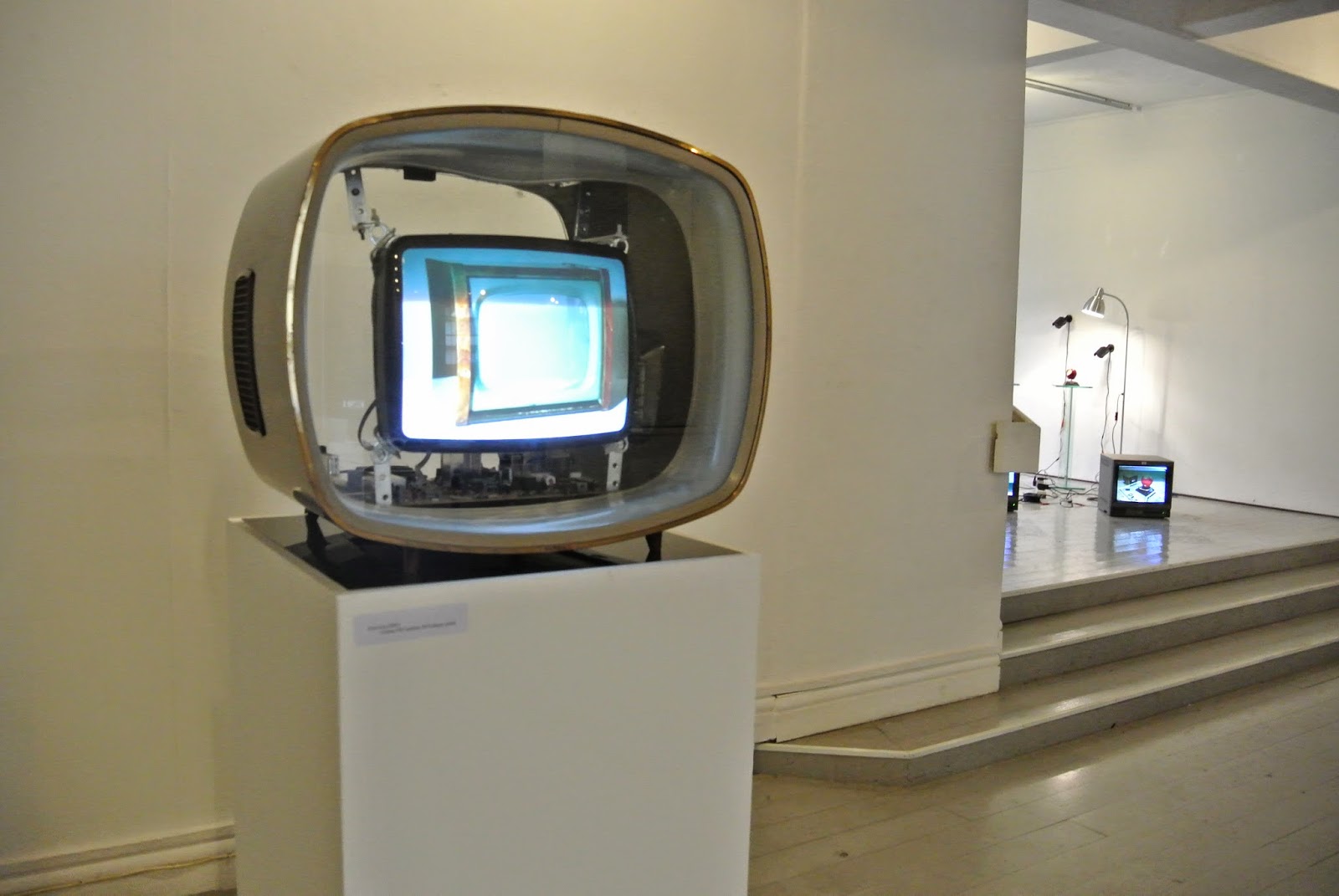 After an extensive talk and tour of the exhibition by the Artist and curator Kaavous Clayton, light was shed on the work as Meigh-Andrews articulated the virtual space inside the television and projecting into previous realities. There was an honesty in the exposure of wiring and cables within the exhibition which Meigh-Andrews referred to as drawing and following lines which lead to connections and the process of meaning making as our eyes are guided by these wires.

An interesting proposition was made by Meigh-Andrews, that the screen is an object and not just a surface, which reminded me of a journal I recently read on the work of Susan Hillier which compared the recorded voice as an object. This objectification of the ephemeral highlights how technology is a filter for experience and leads to a flow of energy from one state to another.

Meigh-Andrews referred to sight as tactile and an awareness of time on the body, an ontological awareness (interesting stuff) where through our eyes we have an urge to touch objects and through an interaction with the body we ascertain embodied knowledge.

The afternoon comprised of a talk by Meigh-Andrews on what he referred to as his; Renewables - works which work with renewable energy. This transformation of energy from one state of existence in order to power the existence of another form was deeply intriguing, as objects/works act as batteries, storing energy in order to power each other.  Meigh-Andrews work seems to respond to itself in a relationship between site and context, Meigh-Andrews referred to his works as; Not sculpture, but sculptural.

All in all the day was a good experience - wonderful to see works in the flesh rather than on an iffy Powerpoint slide, and now I have an urge to get one of the awesome little pico self contained projectors used in the exhibition - they seem to open up a whole world of possibilities of projection.

See below for a series of photographs taken at the exhibition: 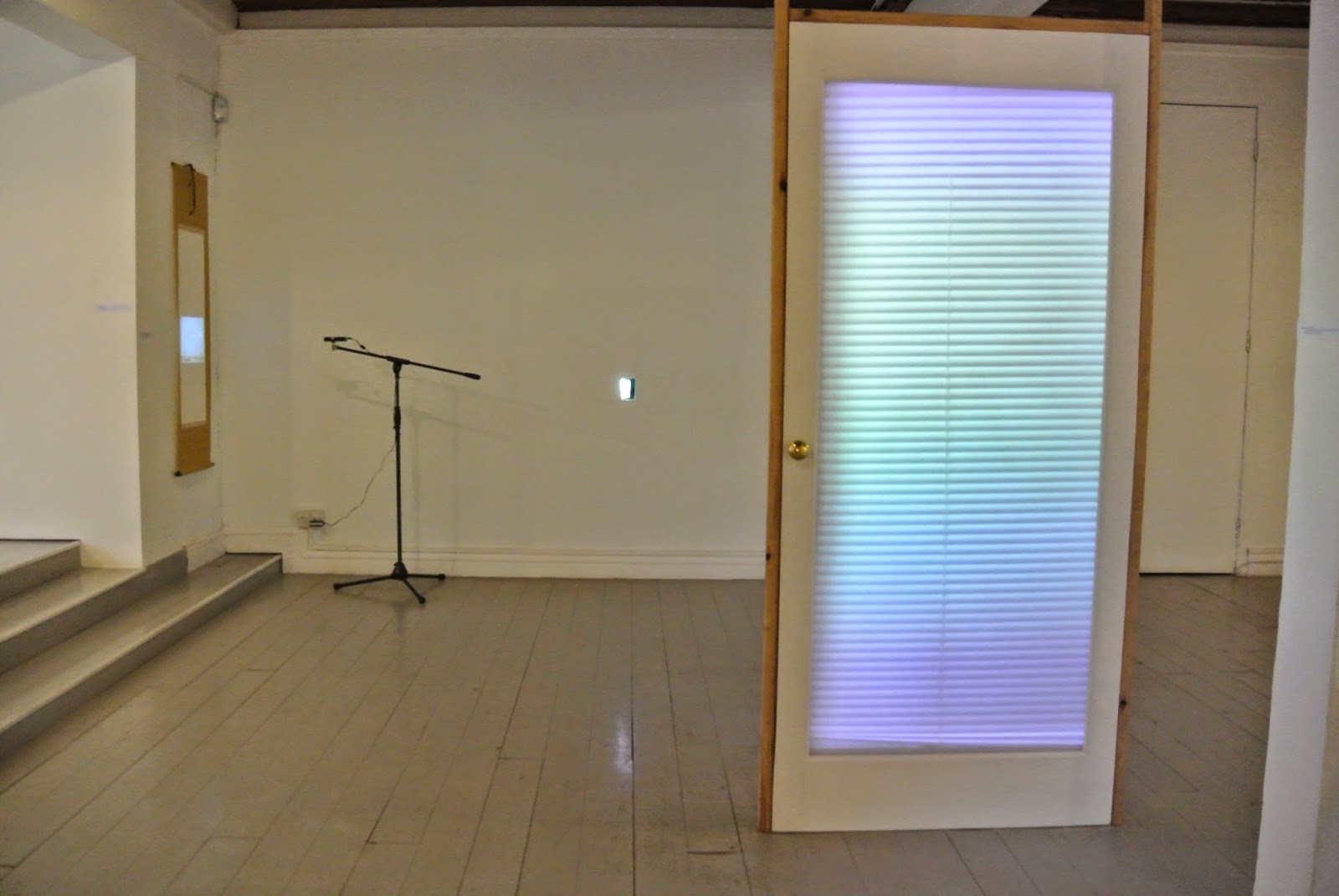 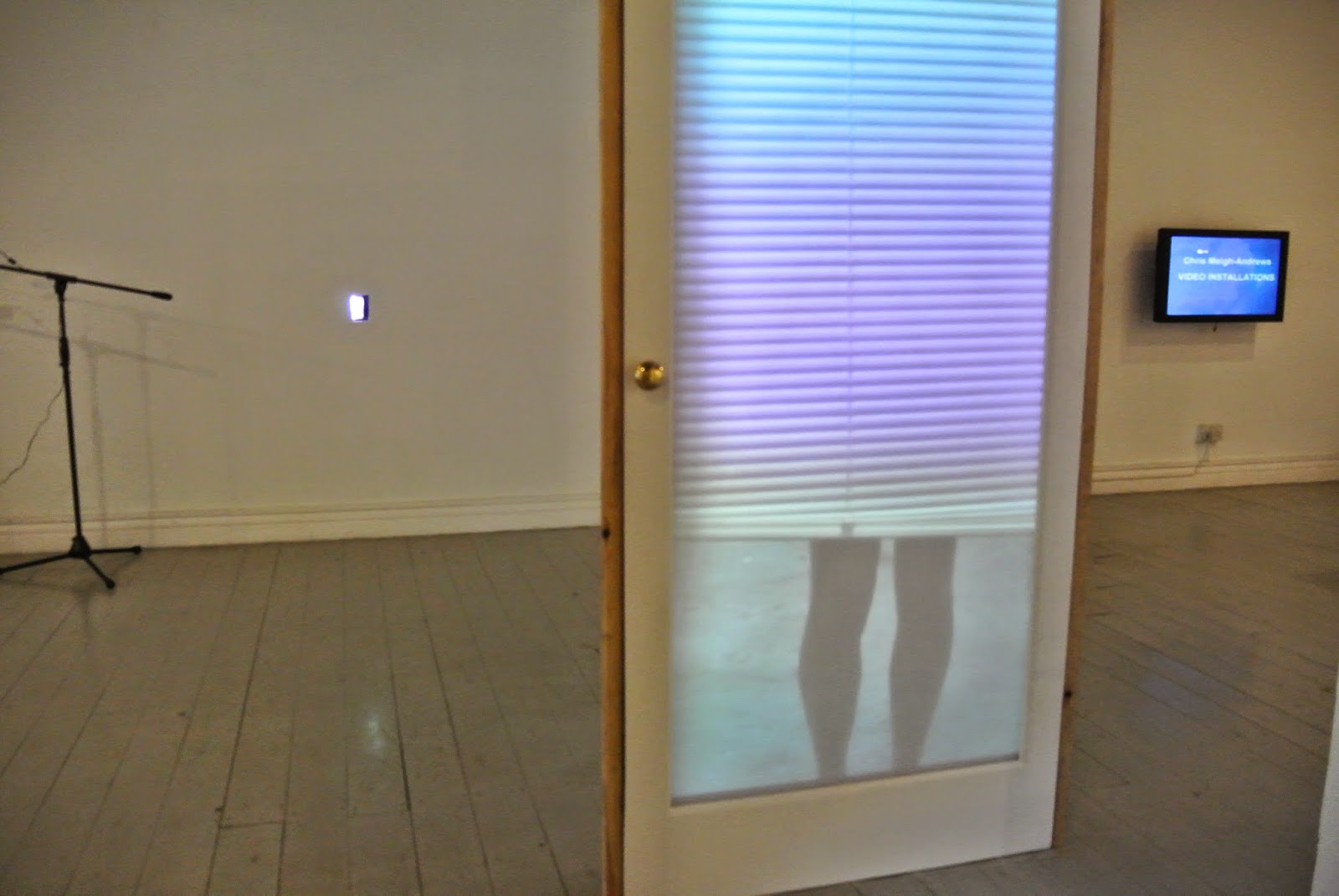 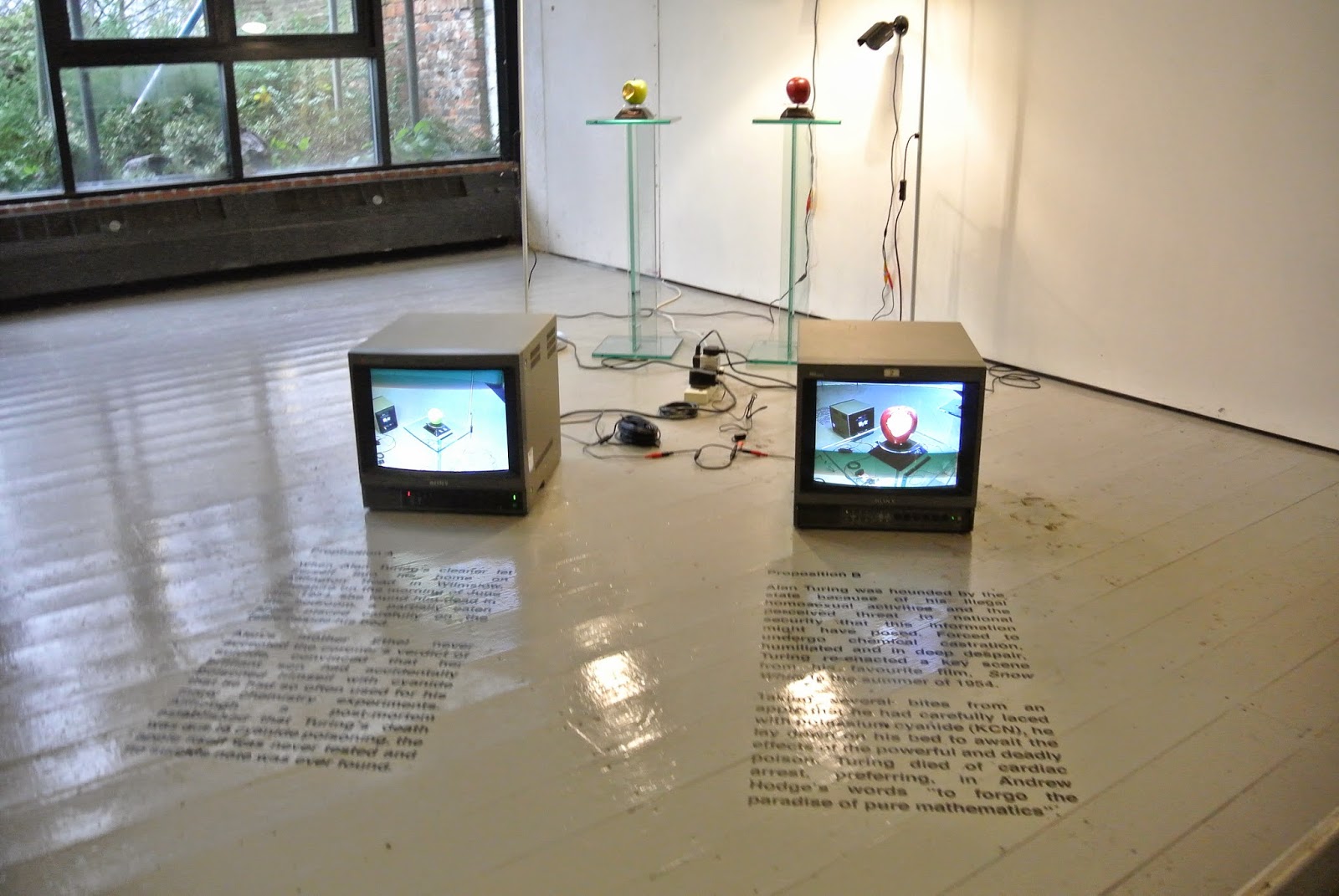 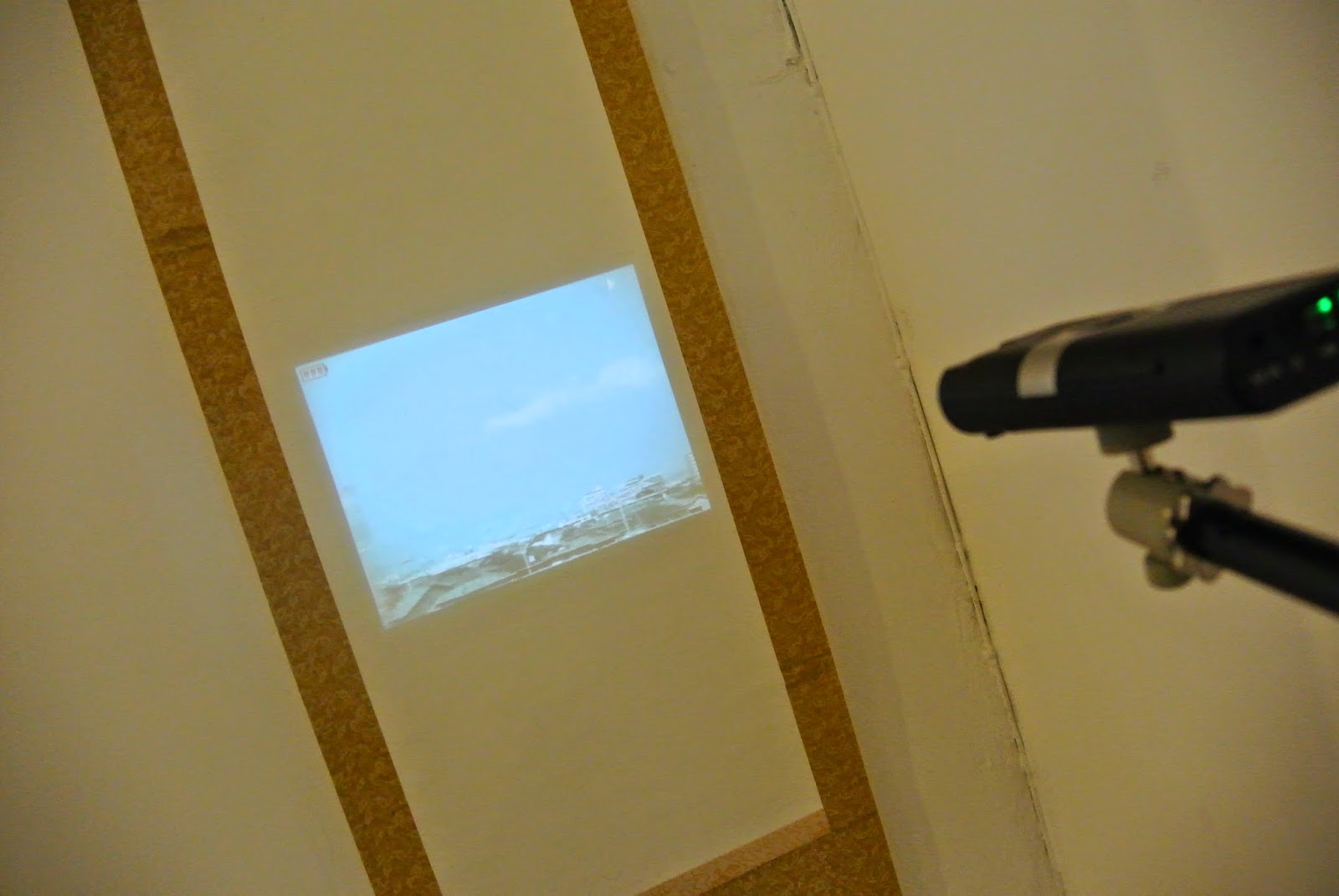 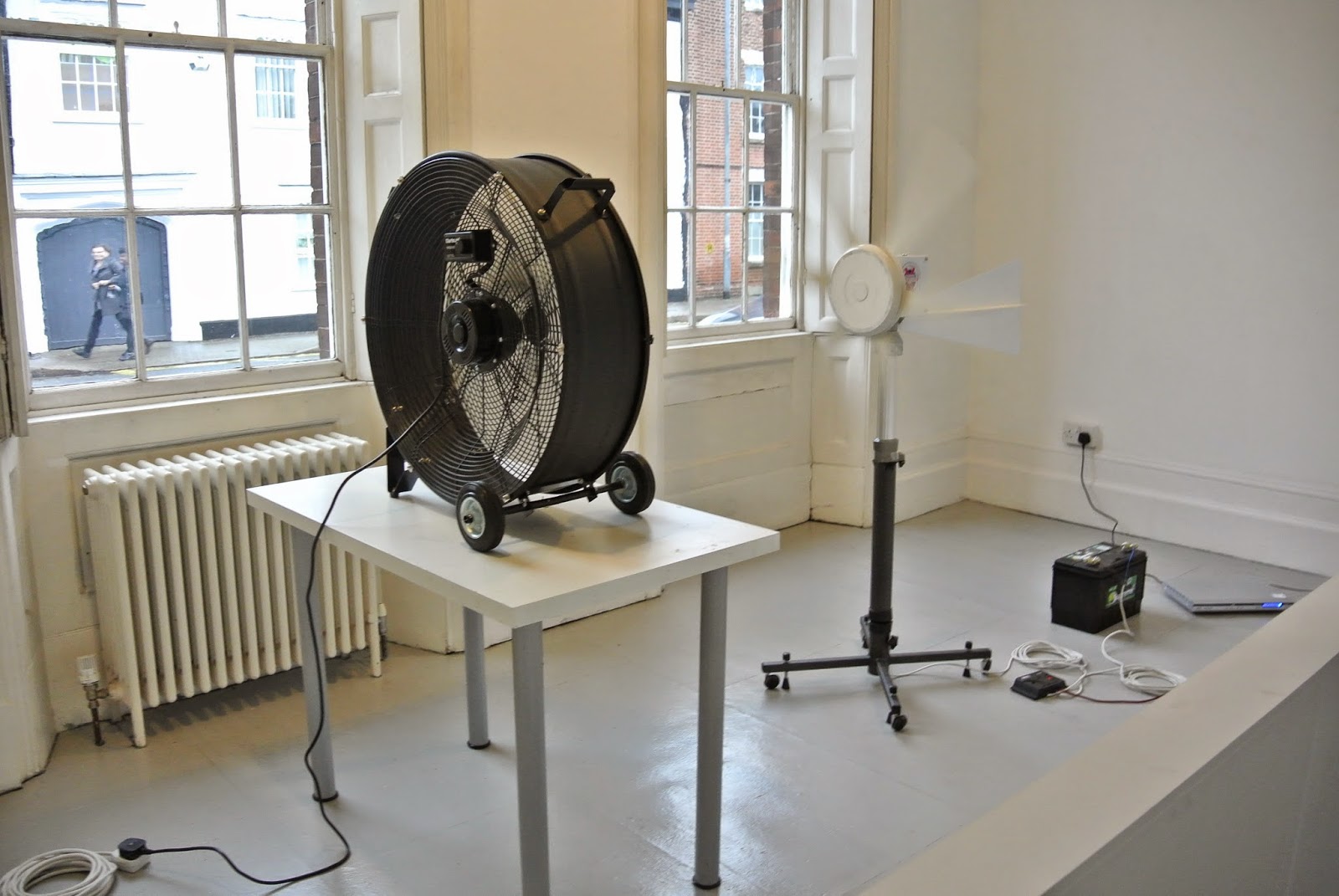 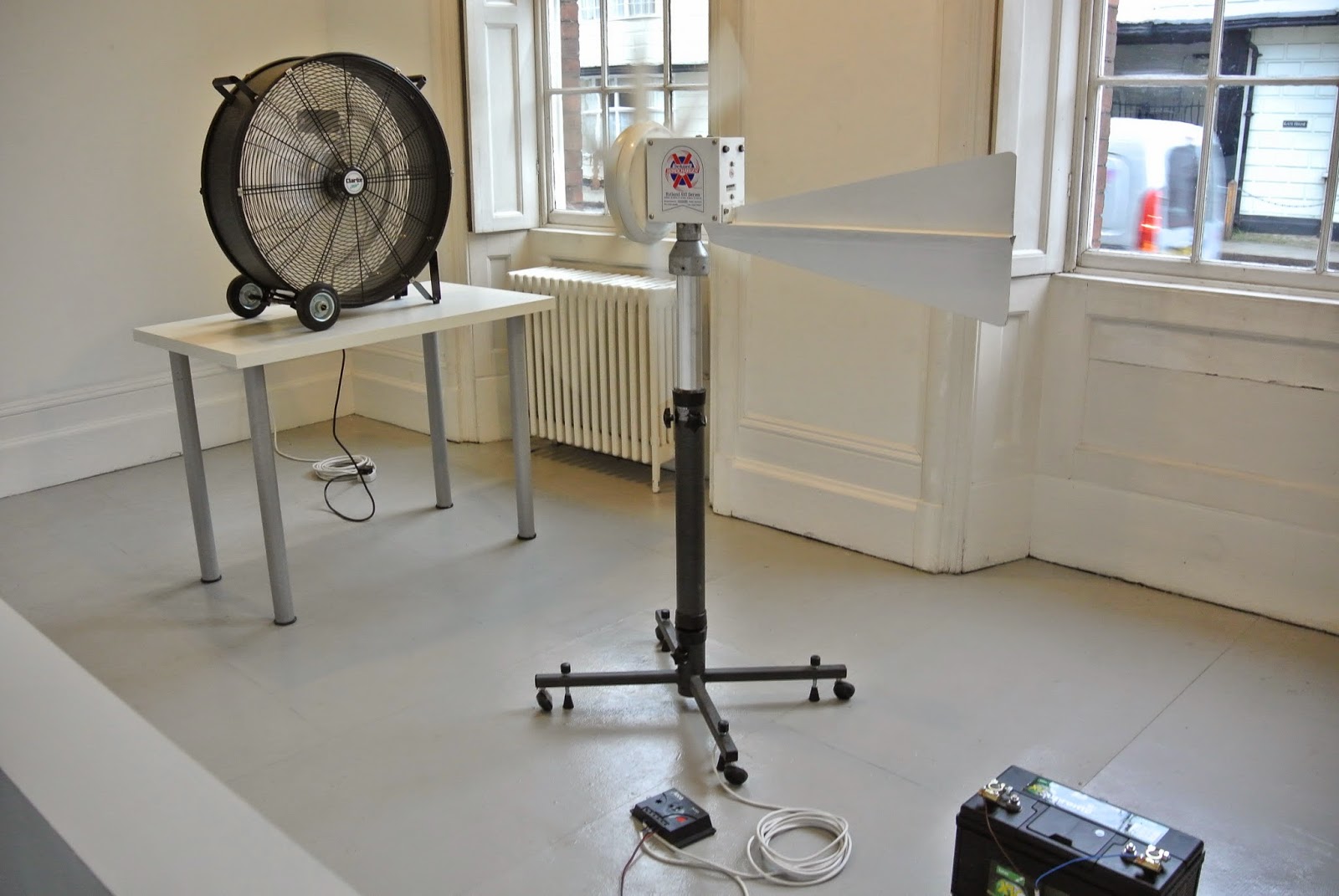 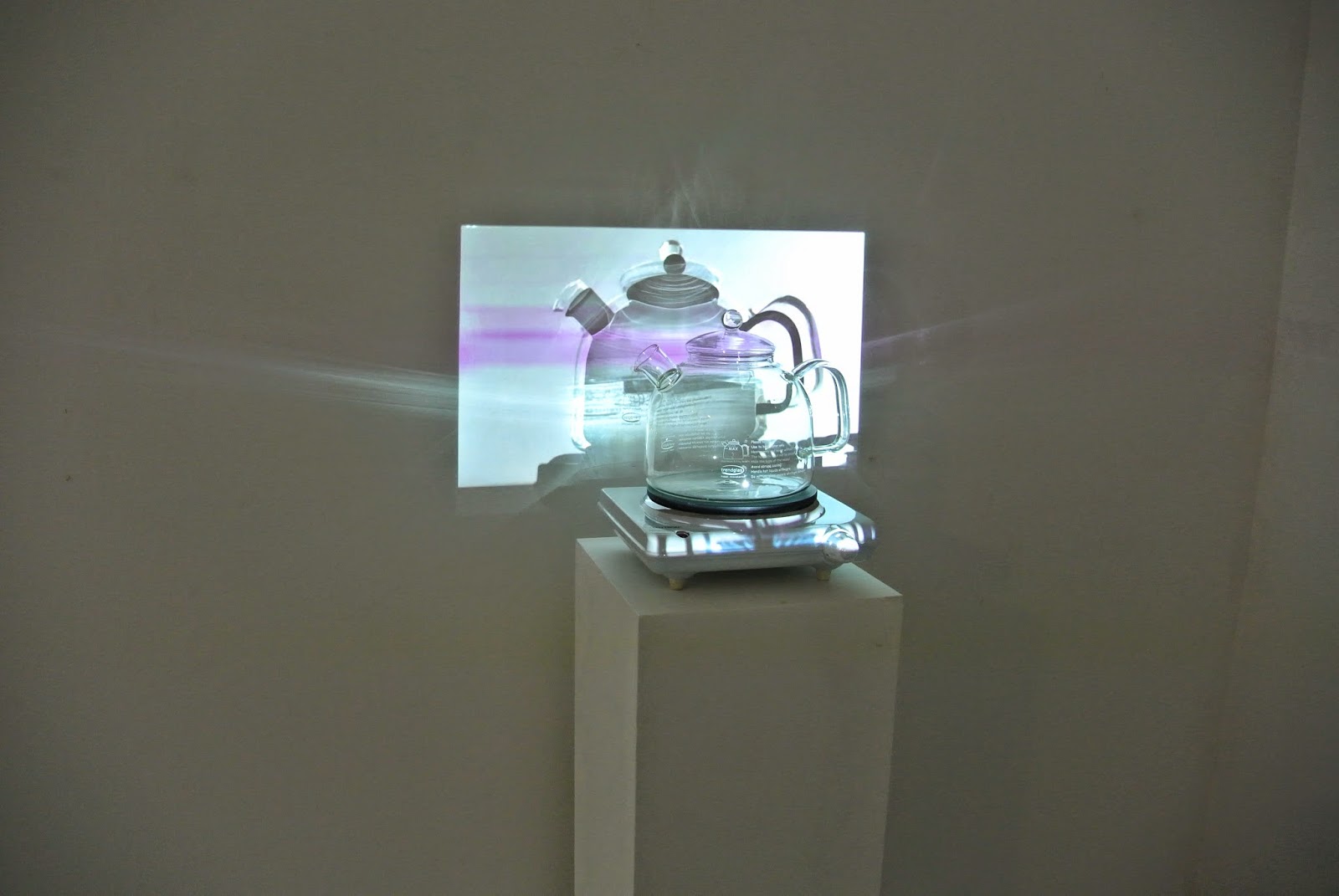 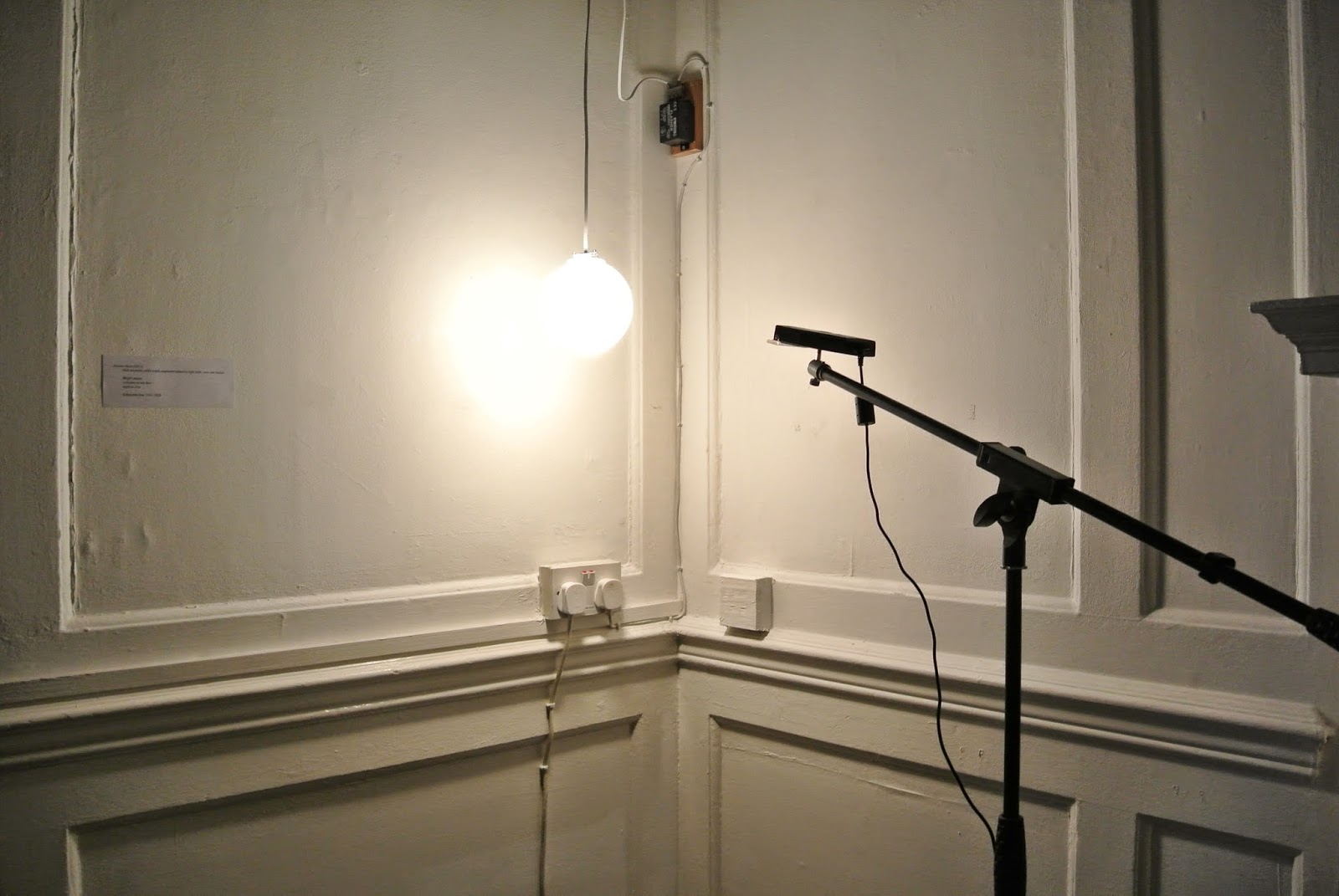