Since first encountering the Jerwood Drawing prize in 2012, my eyes have been opened to the possibilities and extensions of drawing. This year both my eyes and ears were opened to receive the wonderful news that a sound piece has won this year’s prize.

Adjectives, lines and marks by artist Alison Carlier has been granted the weight of winning the £8,000 prize for 2014. Sound takes drawing into another (albeit not completely unexplored) dimension. With the power to position and carry weight and volume an intimacy and union is constructed as the sound passes through and in-between the human form constructing spatial relationships sculptural works can never dream of.


click here to listen to Alison Carlier's Adjectives, Lines and Marks, 2014, or see below (might not be visible on devices that dislike flash).

Hearing Carlier’s voice echoing around the graphite glistened walls of the Jerwood space carries a psychological weight. Hearing voices is perhaps something best not to shout about if you put your faith in the media. But the voice in Carlier’s work (her own voice) echoes the absent presence of sound pieces such as Susan Philipsz (2010 Turner Prize winner) carving a path in contemporary practice for sound.

Louder than ink and quieter than paint the raw materiality of the description of a pot from Roman Southwark settlement and economy: excavations in Southwark 1973-91  - the one minute and fifteen second audio drawing generates lyrical lines no pencil could generate. Set free from graphite governed lines, the mind is left to create an object of pure individual fiction as the text which is from a reference book in the Museum of London Archaeology.

Sound art of late has ignited a union with technology as artistic practice becomes increasingly enmeshed in an array of cables cobbling together lines of Mac computers. There’s no muting the progress of Sound Art we can only watch and listen as the Jerwood Drawing Prize ignites new directions in drawing.

See below for images of other works in the exhibition: 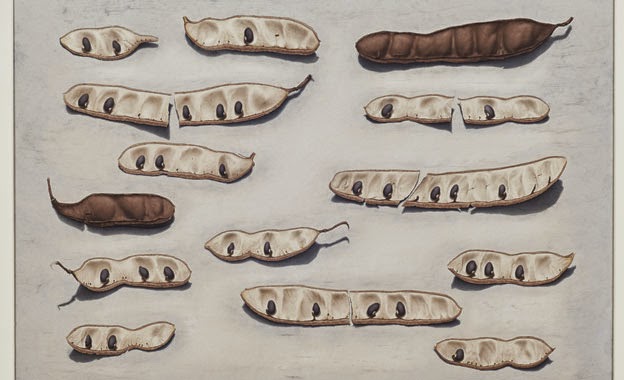 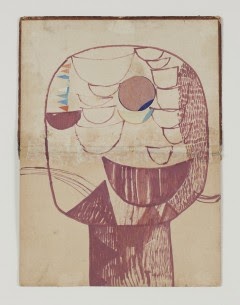 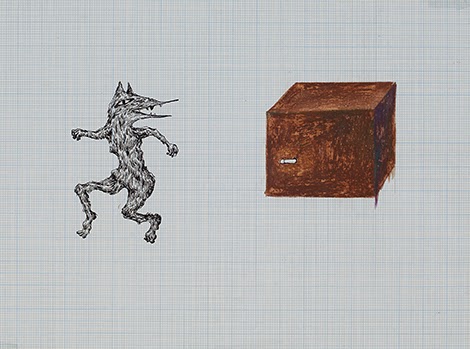