ROBERT RYMAN - EXISTING ON THE EDGE 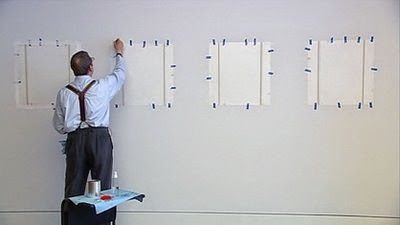 Existing on the edge of painting, Robert Ryman explores substances in an insistent materiality swathed in the broader critical issues of 50s and 60s America.  Abandoning jazz music after being inspired by the art Ryman saw in his day job as a guard at MoMA, (1953 to 1960) big names (or brands) such as Kline, Stella, Hesse, Rothko etc all passed under his gaze. Full of creativity in 1953 Ryman first began to make paintings, and even exhibited at MoMA (ok it was in the staff show – but still).

The compositional emptiness is a painted surface which Ryman exploits to reflect paint in space and time on a spatial field. Ryman’s brushstrokes are an exercise in the subtle undulations of the rhythm of the human hand. The boundaries of the essence of painting are spatially analogized not as a container for fictional space but as non- stretcher borne floating sublime gestures. The only blankness you’ll find in a Robert Ryman painting is that of the blank faced look of confused culture vultures perusing MoMA on a Sunday afternoon.

Robert Ryman seems so fascinated with the relationship between paint/surface/wall, it’s hard to deny that maybe hidden under the purity of painted white on canvas is a painter waiting to take to the streets. Imagine – Robert Ryman, street artist. Images without illusions, paste ups without paint, New York ablaze with white, spray painted platforms, breaking picture plane windows, shattering the fictional and painting reality onto itself. Painting the institutional, formal and social pragmatic edges onto everyday encounters, works such as; Director (1983) could easily transported into the wider world outside the white walled gallery into the concrete chasms of New York. 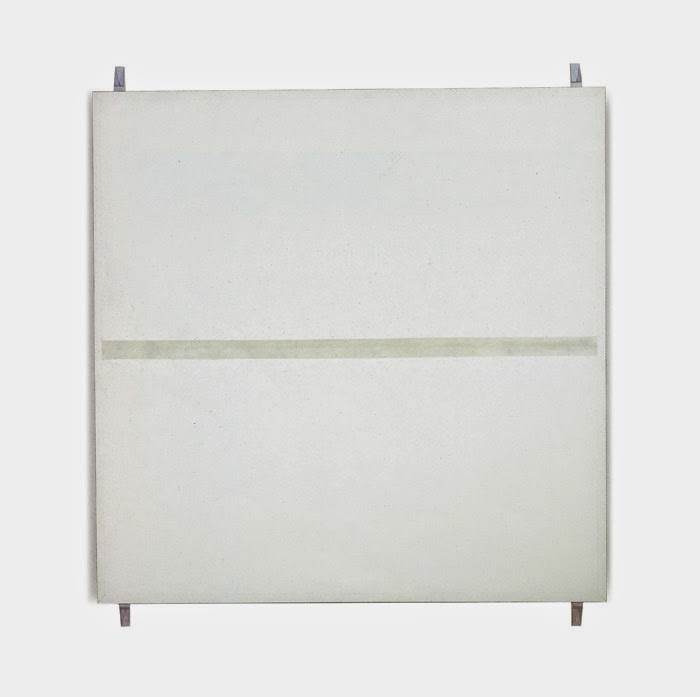 Ryman’s structure is built on an authorial presence in works such as; Untitled (1958) which contain a structure made visible only by articulations of surface.  Application acts as a mode of causality with brush strokes acing as records of actions and consequences. There is a musicality Ryman’s approach as the improvisational qualities of jazz music appear to be reciprocated within Ryman’s paintings. Ryman practices scales and arpeggios in paint, exploring the different possibilities of paint and colour, using surface as part of the experience of painting and a soundboard for perceptual flux and purity. 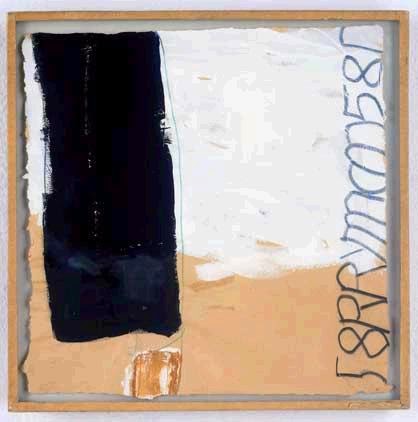 Rejecting the metaphorical masculine trappings of gestural abstraction, Ryman’s work has a temporal quality pervading the postmodern exhaustion of the 80s and maintaining an audience today. Ryman’s performative qualities of painting record strokes of time and existence that will endure both his and our own being – painting is not dead. 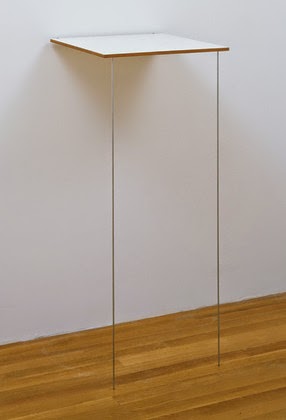 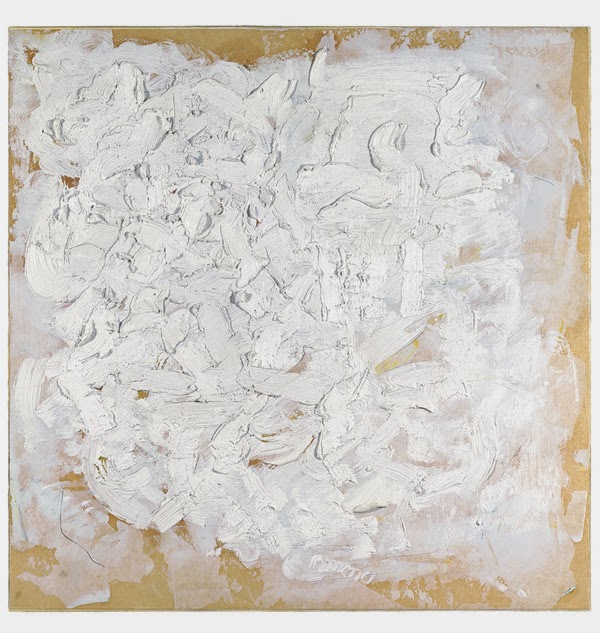 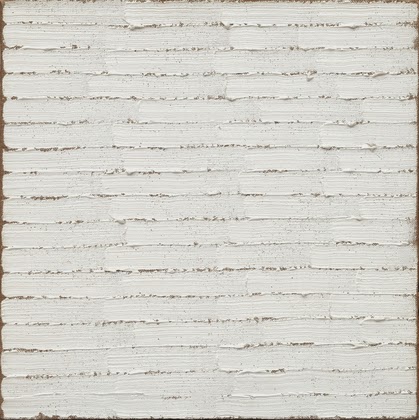