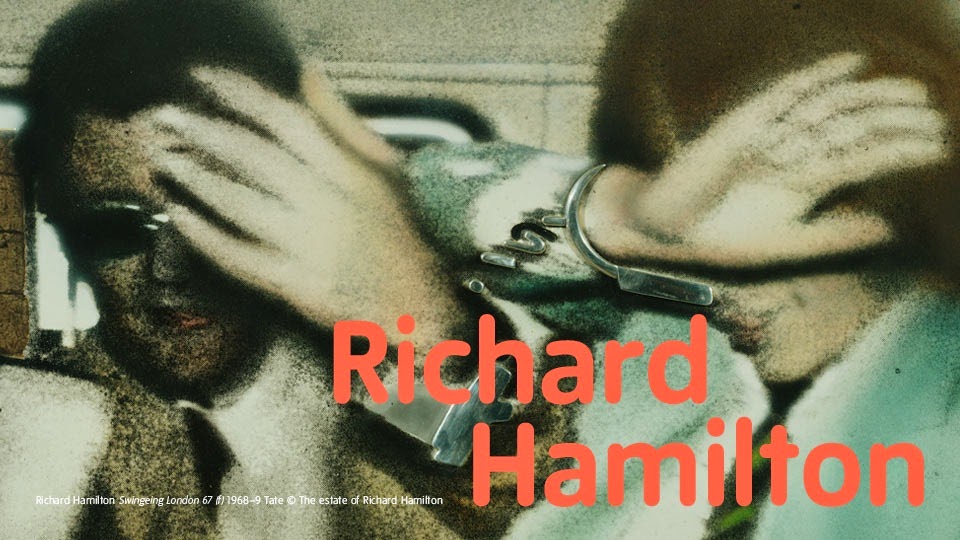 The current retrospective at Tate Modern of work by Richard Hamilton highlights and almost re-establishes his significance as an influential artist of the twentieth century.

Walking around the exhibition there are rooms of work across disciplines and media, a viewer entering the exhibition without knowing the work was by one person, could easily make the assumption that the exhibition was on several artists. A modern consumerist aesthetic is created in the movement towards the progression of the flattening of the picture plane- which is later dissolved by Hamilton’s installation works.

There lingers an unexpected romanticism in Hamilton’s pastel portraits that are just the total antithesis of culture vulture adorned piece Just What Is It That Makes Today’s Homes So Different, So Appealing? (1956). The exhibition was largely relatively quiet – it wasn’t until the last few rooms (there are a fun 18 rooms to explore) that I realised I hadn’t seen this pivotal piece that has written itself into British Pop history. I discovered it relatively easily  - the crowd was a giveaway.

The cultural dynamic of the day is replicated in works such as Toaster. Walking around the exhibition with my sister, her initial reaction was that of; What is the obsession with toasters? Agreed, toasters are percolated around the exhibition, with their shiny metallic structures luring magpies, I mean luring viewers in for a closer look. Once engaged with one of the ultimate consumerist contraptions the surface of the toaster is reflective, internal and potentially a metaphor for buying an identity and exterior formed by mass popular culture. Your identity is reflected around the room, existing in the faces and movements of others – it was a shared identity and experience.

In tune with technological developments, Hamilton was also attuned to the ways of collaboration. Working with modern art’s favourite character Marcel Duchamp, Hamilton was heavily influenced by Duchamp’s practice. So much so Hamilton reconstructed Duchamp’s The Bride Stripped Bare by her Bachelors, Even (The Large Glass) – that’s a title and half. Anyway, the allegory and absurdity of the work causes the creation of conceptual and intellectual connotations of aesthetic progression to ascertaining philosophical perfection.

Hamilton becomes almost a cross media conceptualist and is cemented by the Tate into the realm of contemporary mass media culture. 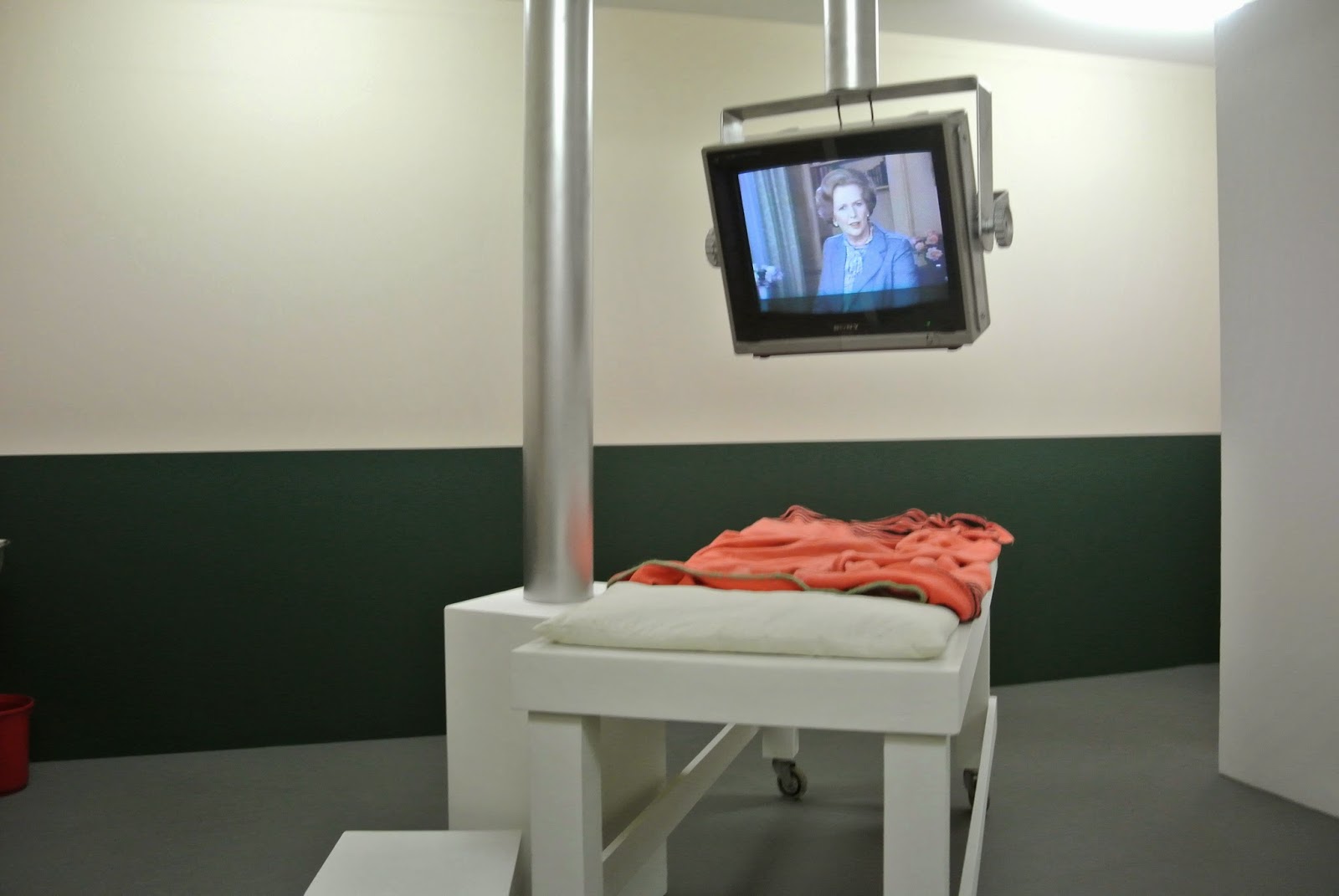 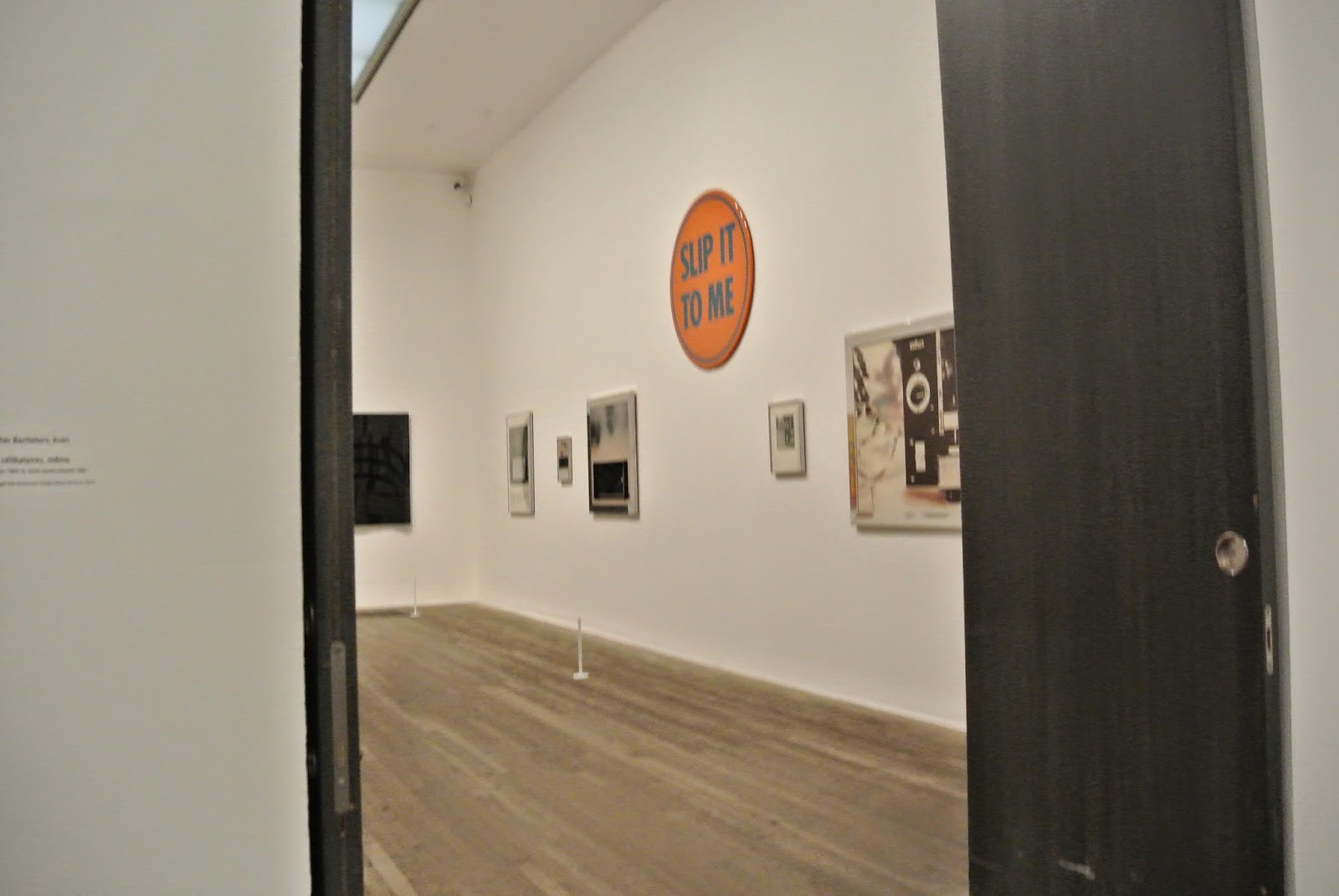 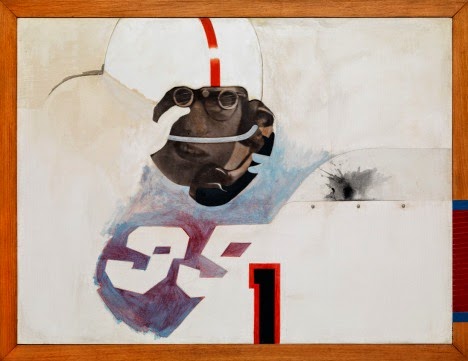