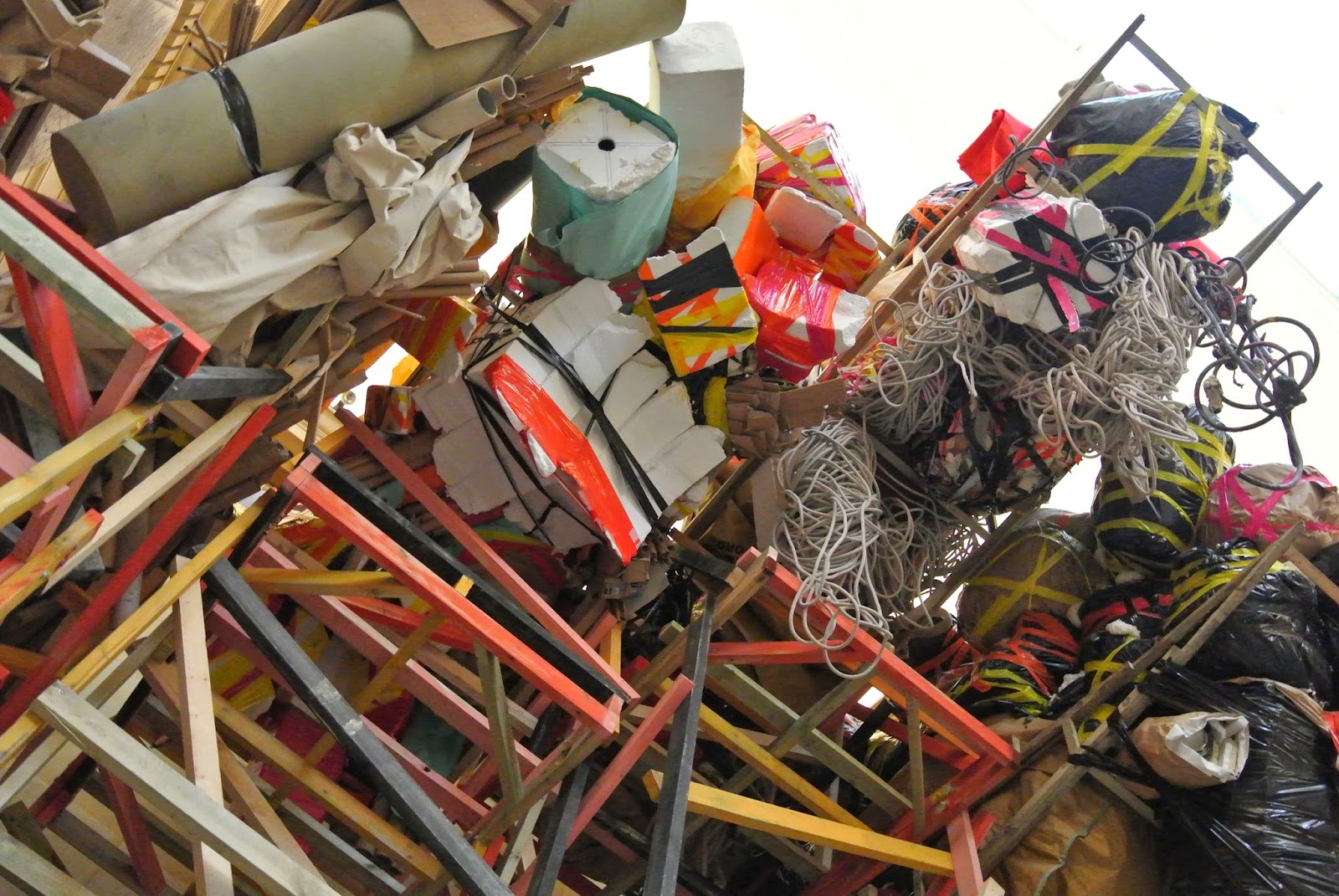 Commissioned by Tate Britain, Phyllida Barlow’s piece; Dock, imposes itself into the Duveen gallery space. There is a strong physical and tactile edge (although it’s not a tactile edge you can touch mind) constructed from everyday materials (not sure how everyday plywood is to the general public, but hey-ho).

A curious conversation is created by Barlow’s ambitious movement of forms that span across the depths of the Duveen  gallery space. Structured predominantly out of reclaimed wood the piece stands tall and sits in the corners of space to make a noise that rings round all the walls and into the viewer’s personal space.

The sculpture invades the gallery space, entering both visual and physical space intimidating the viewer, exploiting the relationship a viewer physically has through proportion and scale. Percolated with painted surfaces and accompanied by an architectural edge there is a strong sense of intertextuality and an instinct to mind your head when passing through the gallery space.

See below for images of Dock at Tate Britain: 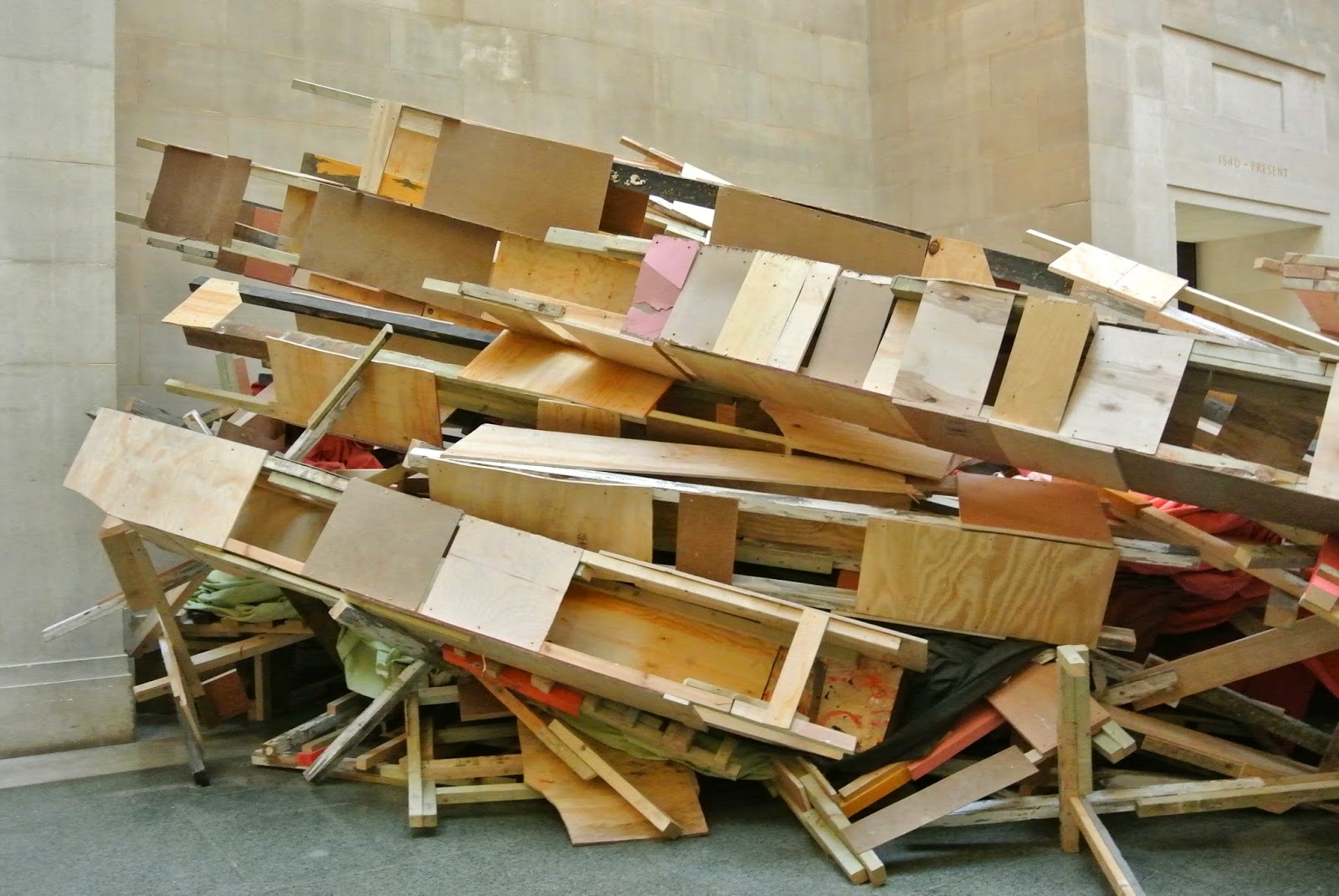 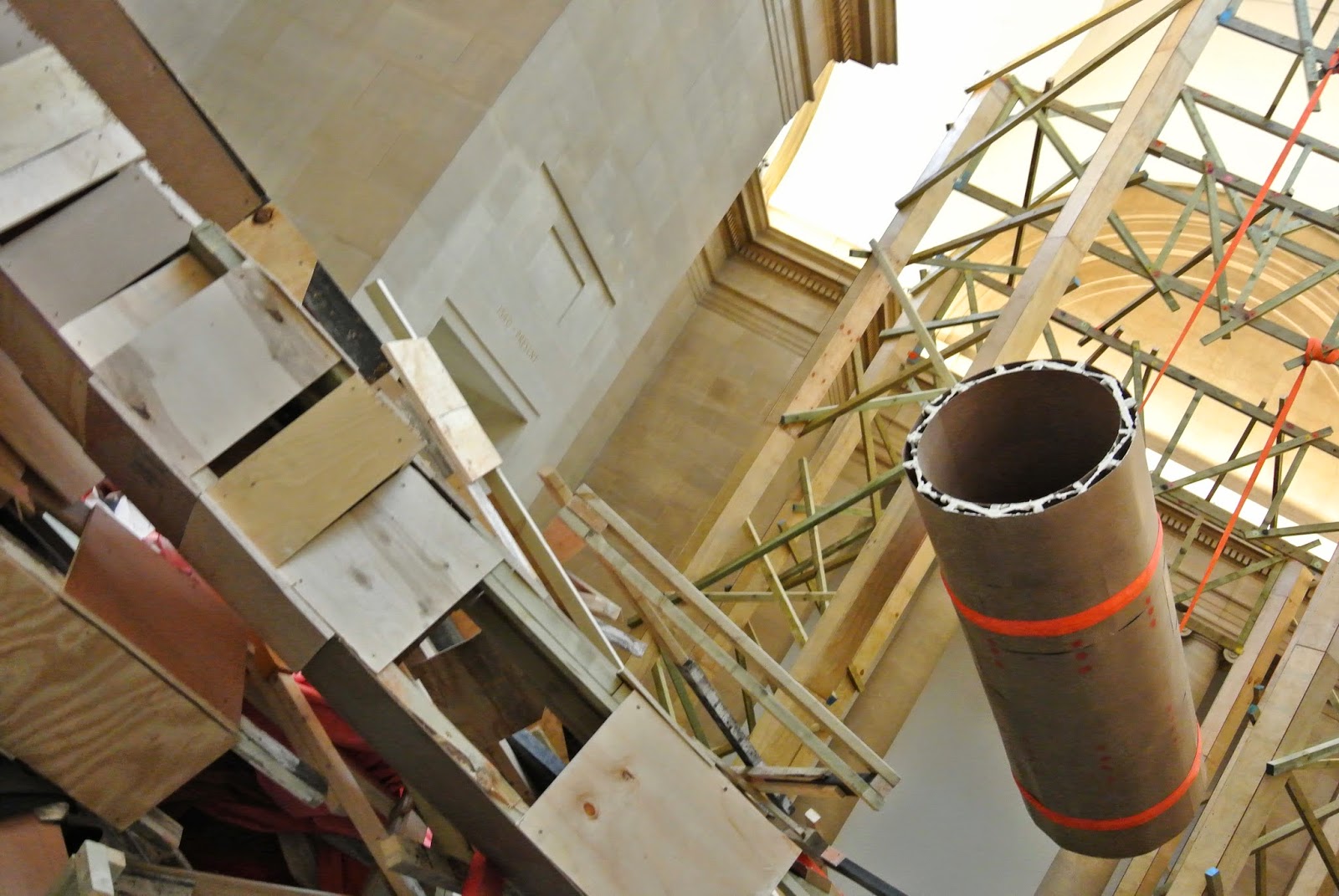 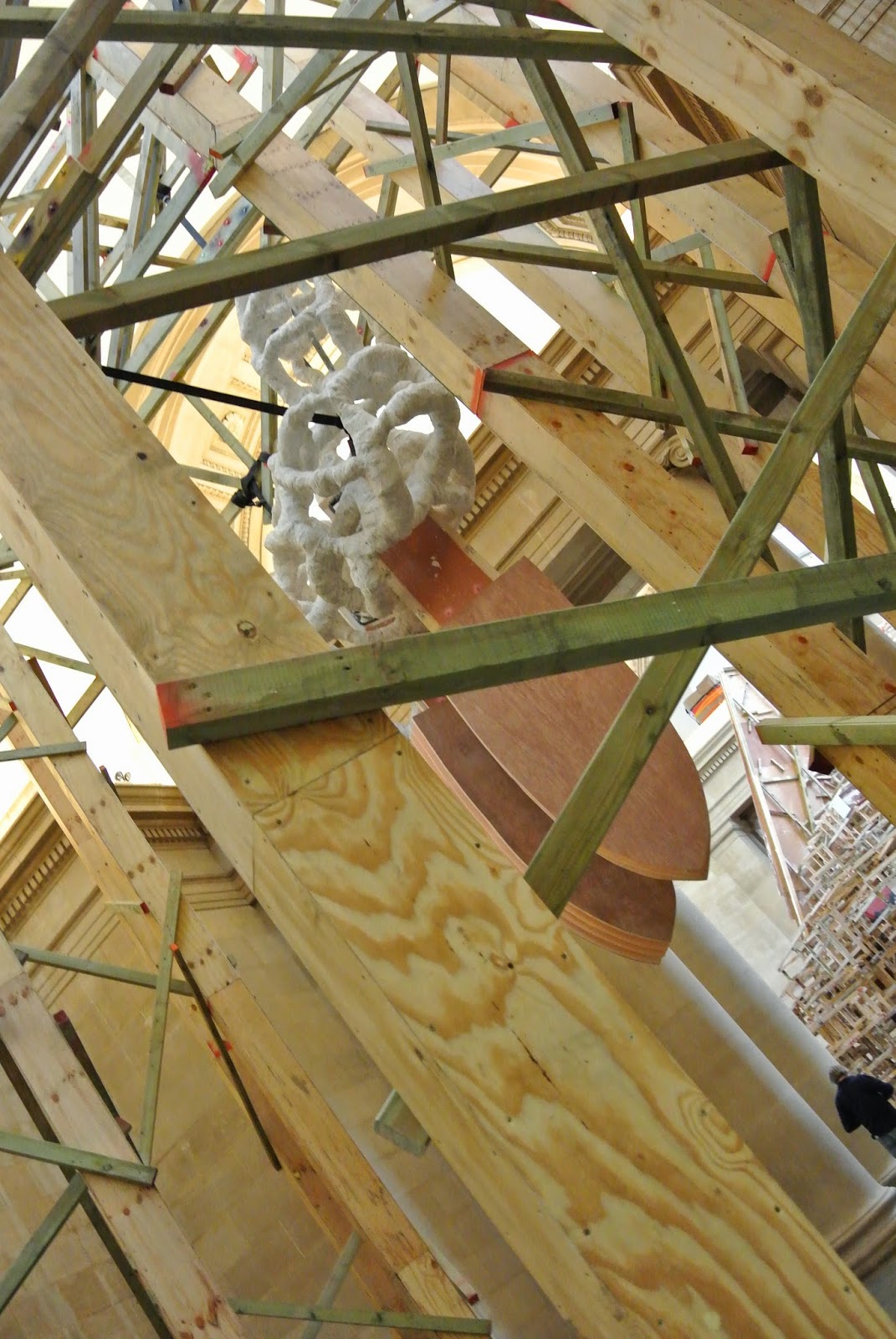 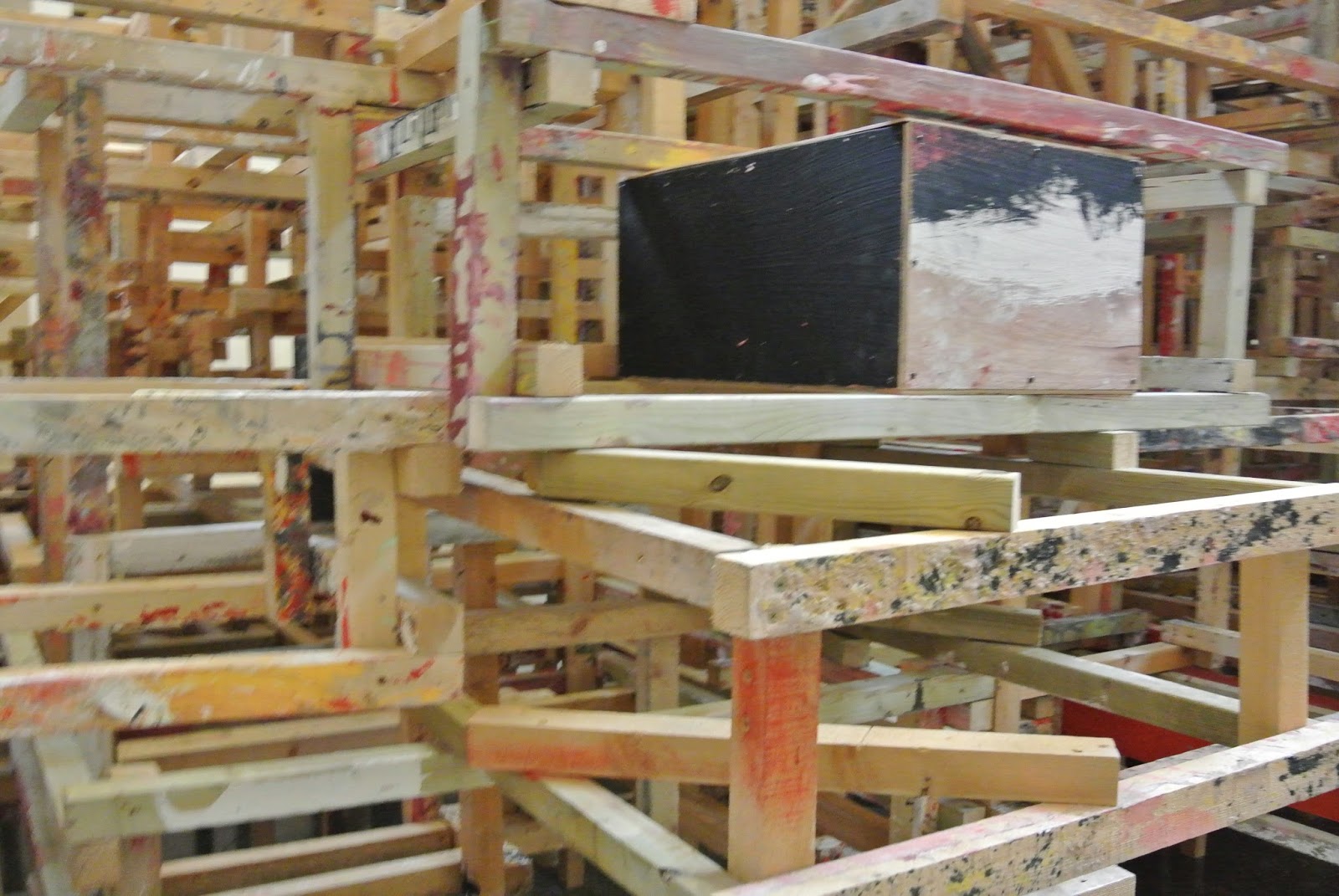 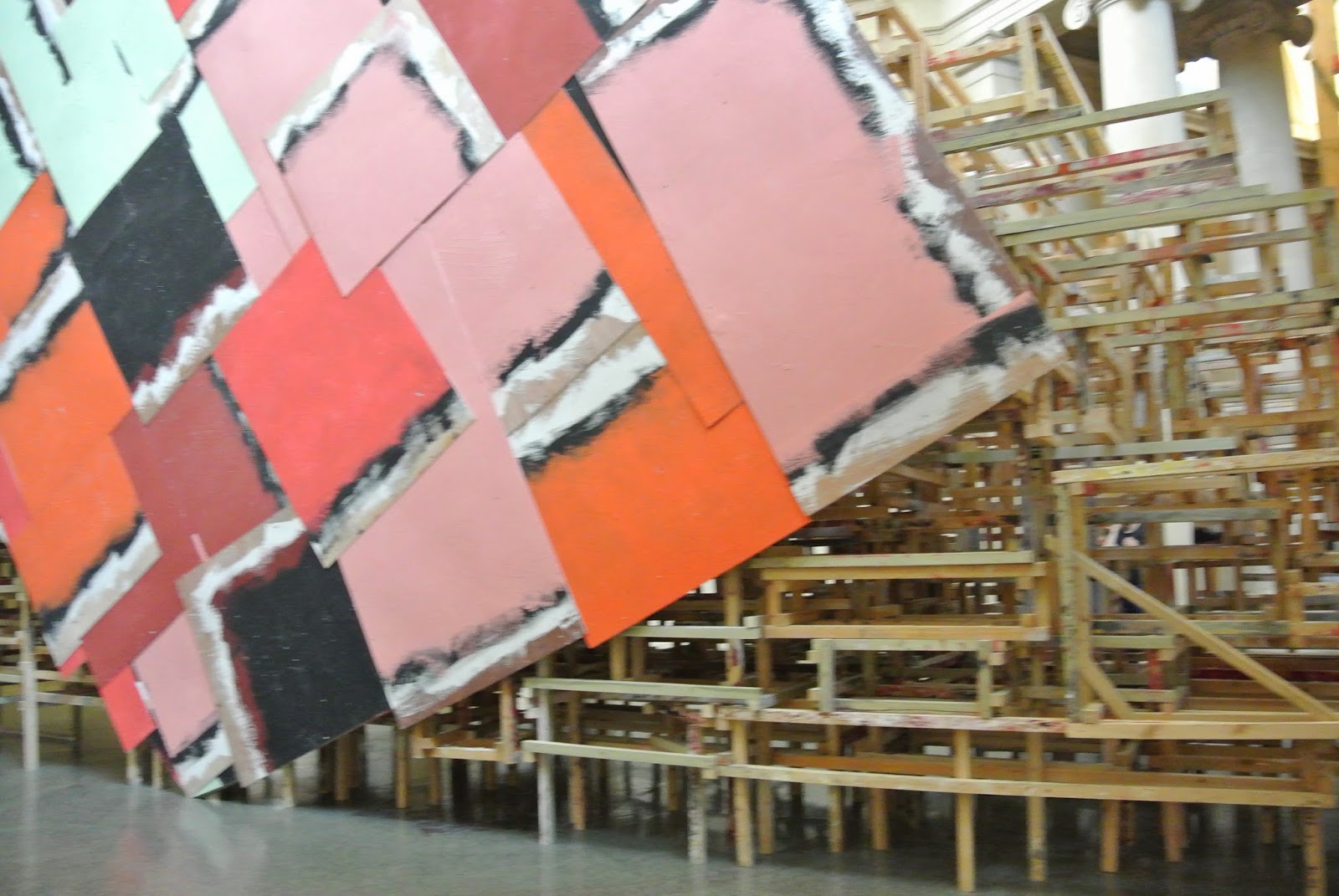 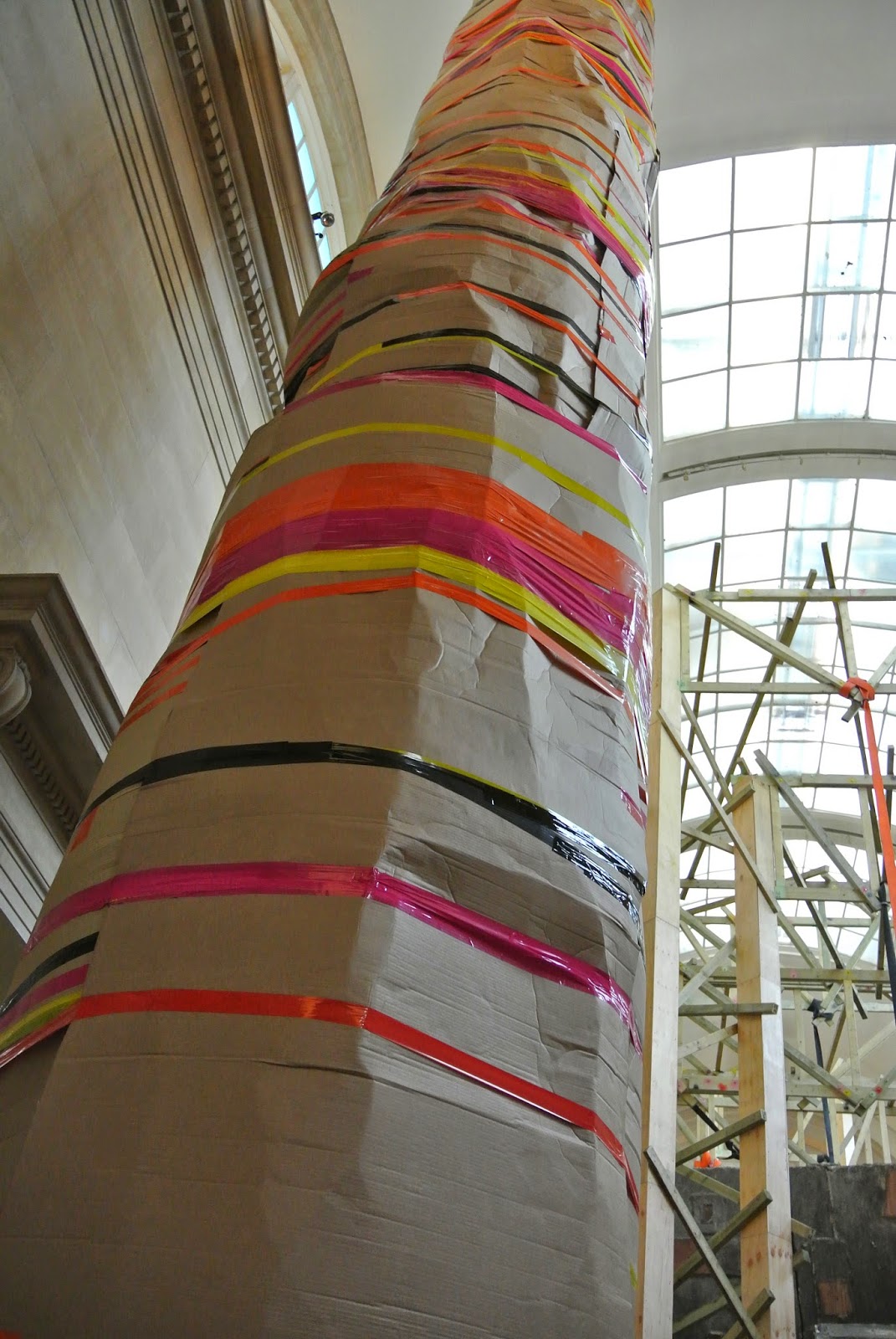 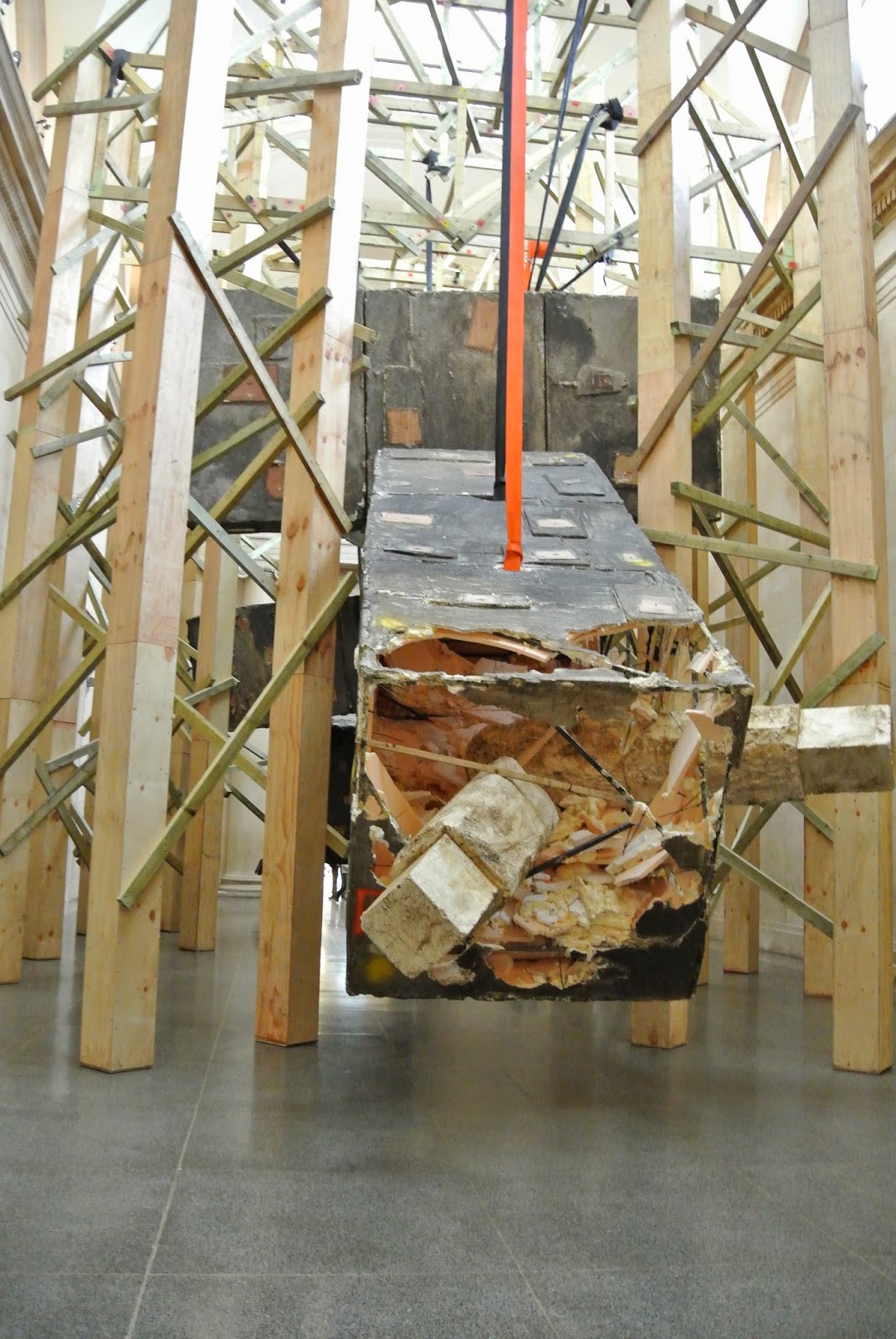 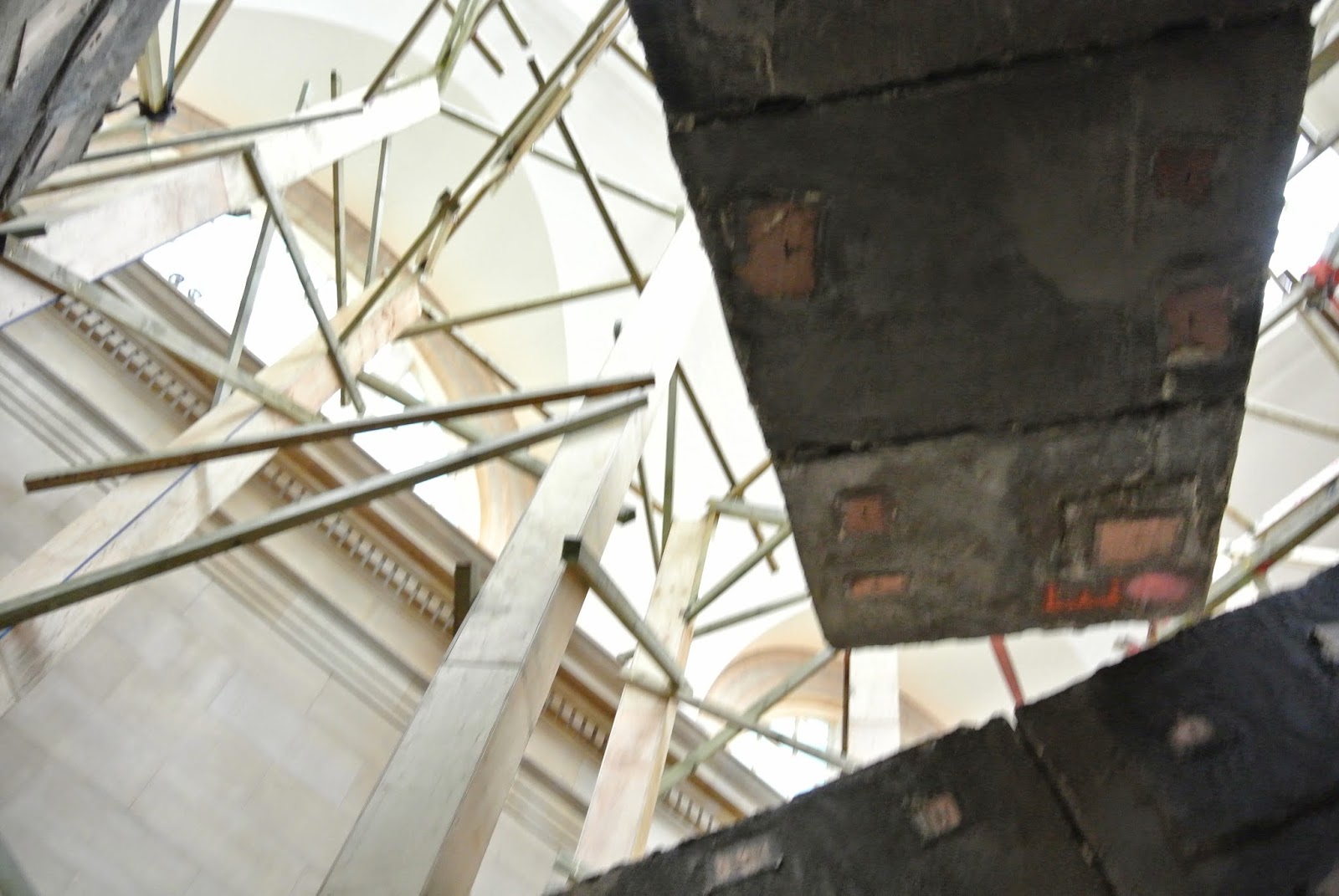 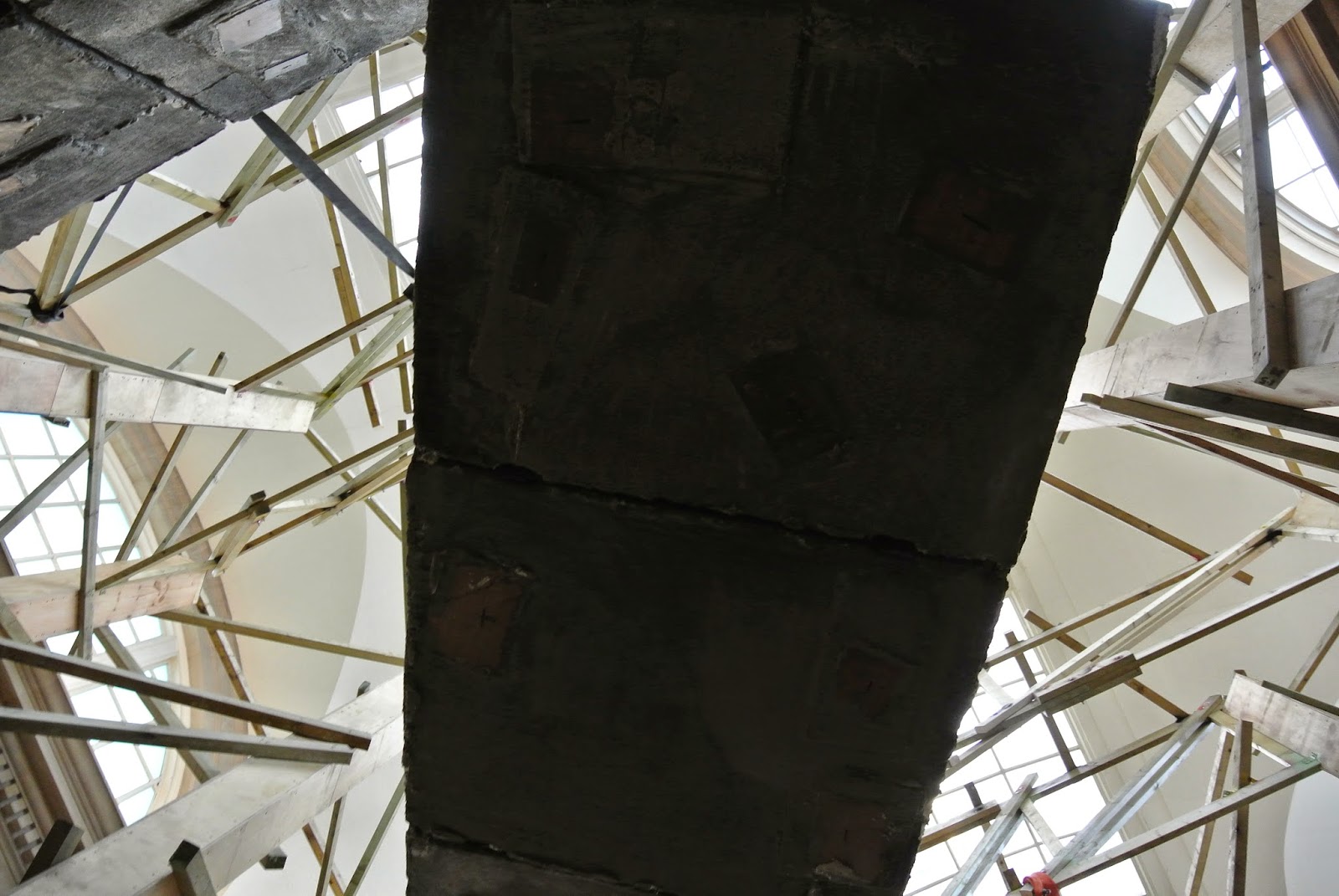