MINIMALISM - TATE MODERN - THERE'S NOTHING TO IT 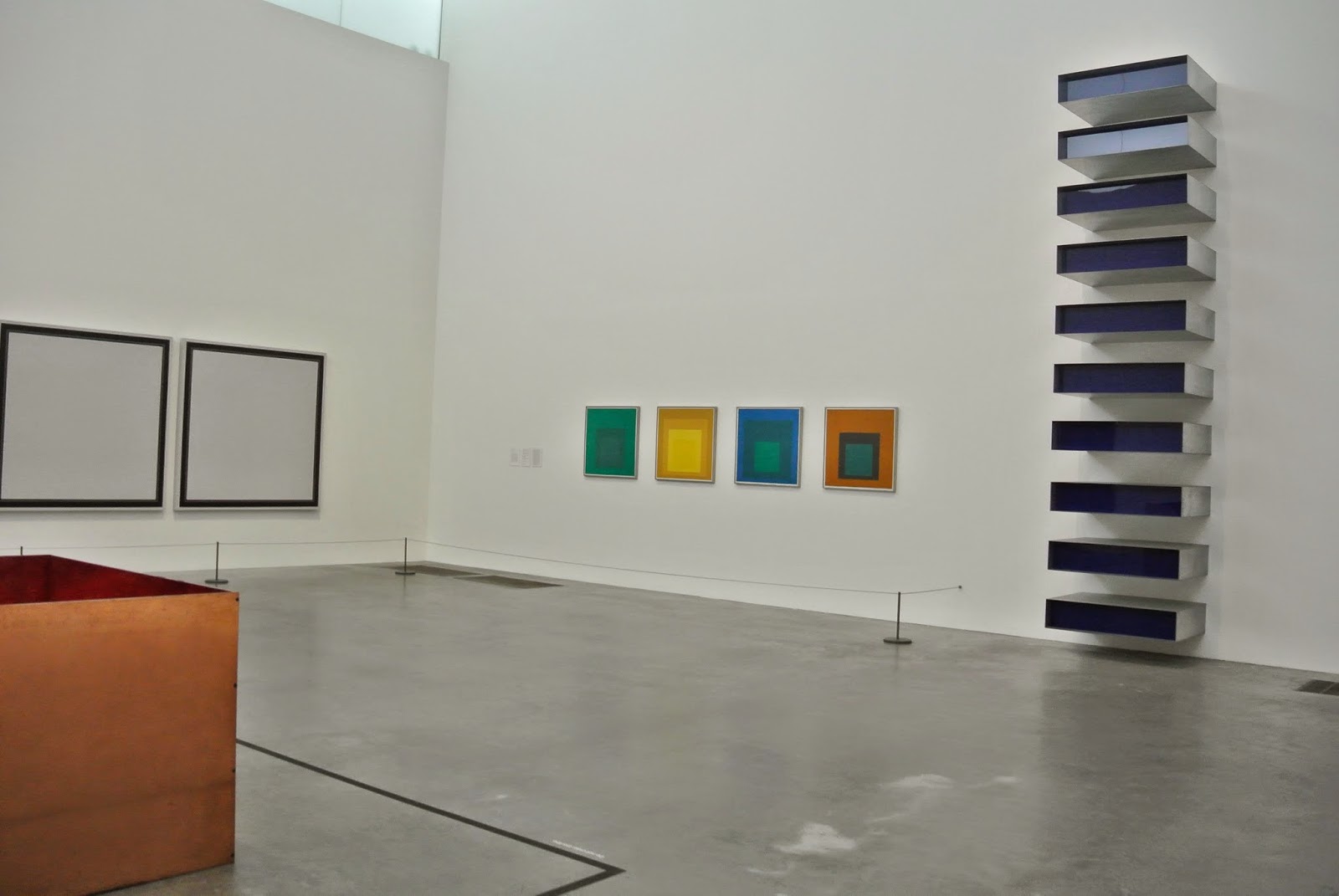 Percolated with metallic industrial indentations- the room is layered with energy. Introspective questions investigating the influence of translucent processes within a variety of forms lead to illuminated revelations.
You shouldn’t cast minimalism away into a box, it is the box – pandora’s box, a cube, a form, a fragment of the unconscious and a total of the totalityof thoughts. The physical occupation of the space the objects occupy is often governed by geometric structures and replicated forms. Mathematical meticulousness meanders around the subtle surfaces often fabricated industrially.

One of the highlights in the room is Untitled (1972) by Donald Judd, classified as neither painting or sculpture, Judd’s Specific Objects focus on the physical qualities of the materials. The spaces and fundamental phenomena of spatial relationships growing between Judd’s sections set aside areas for visual movement and aesthetic pauses.

Condensation Cube (1963-5) by artist Hans Haacke explores biological systems and their natural processes- with breathing being possibly the ultimate act of high minimalism. The plexiglass box is filled with water and allows condensation to form on the sides of the box. Environmental factors are significant to most artworks, however in the case of Condensation Cube  factors such as light and temperature almost dictate to appearance of the work. It is as though nature is an external governing force. 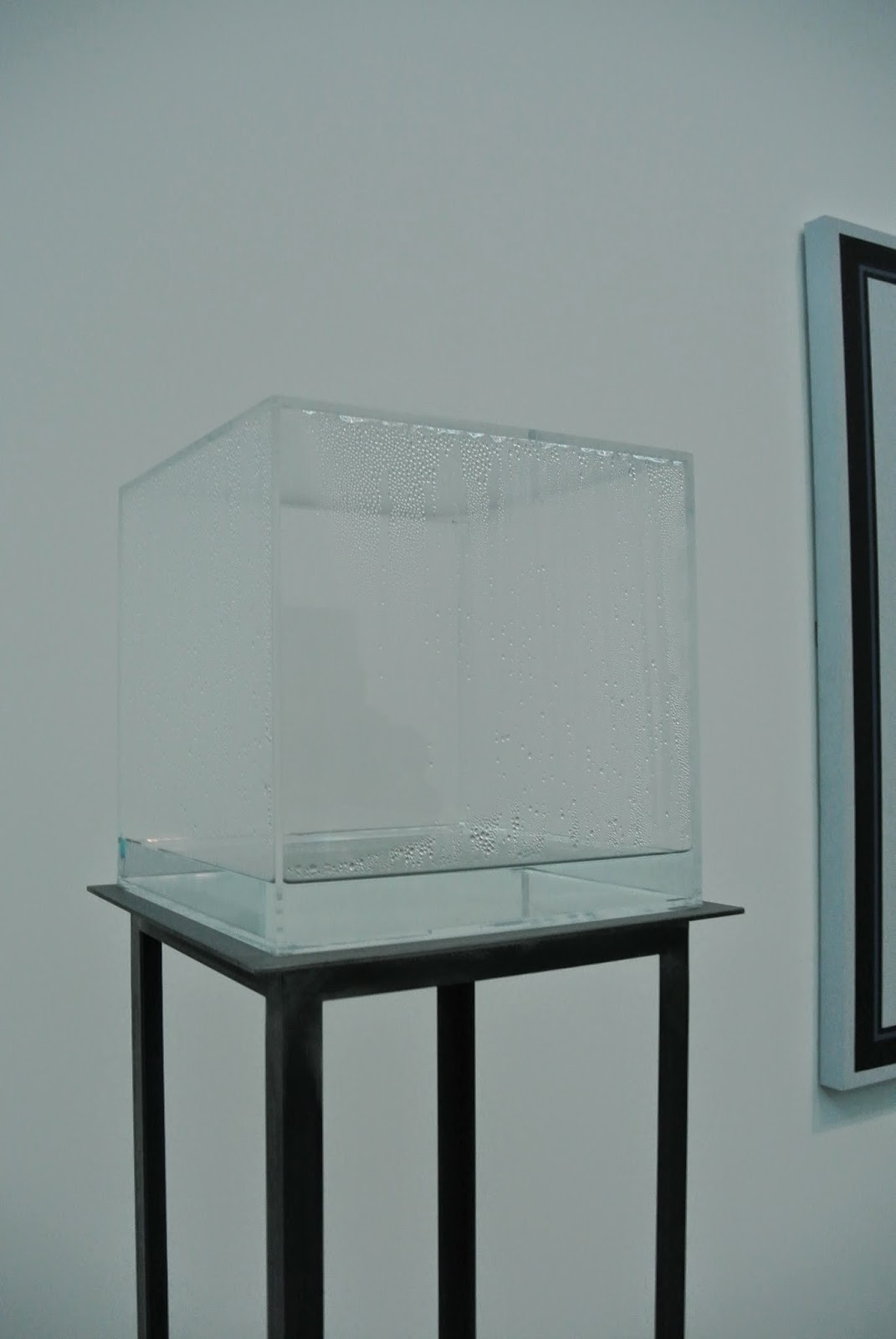 With parallels in minimalism drawing it back to its suggested beginnings in Russian Constructivism (looking forward to Tate Modern’s Kazimir Malevich exhibition opening July 16th) Minimalism appears to be born out of modernity and exist comfortably in the contemporary.

Situated in an open high white walled room the minimalism collection needs this space to breathe, to allow room for silent contemplation and gentle movement between rolling thoughts. Constructed often around conceptual processes a restrained aesthetic centred around an austere materiality minimalism is a metaphor, a comment and a governing force in the progress and narrative of contemporary art. 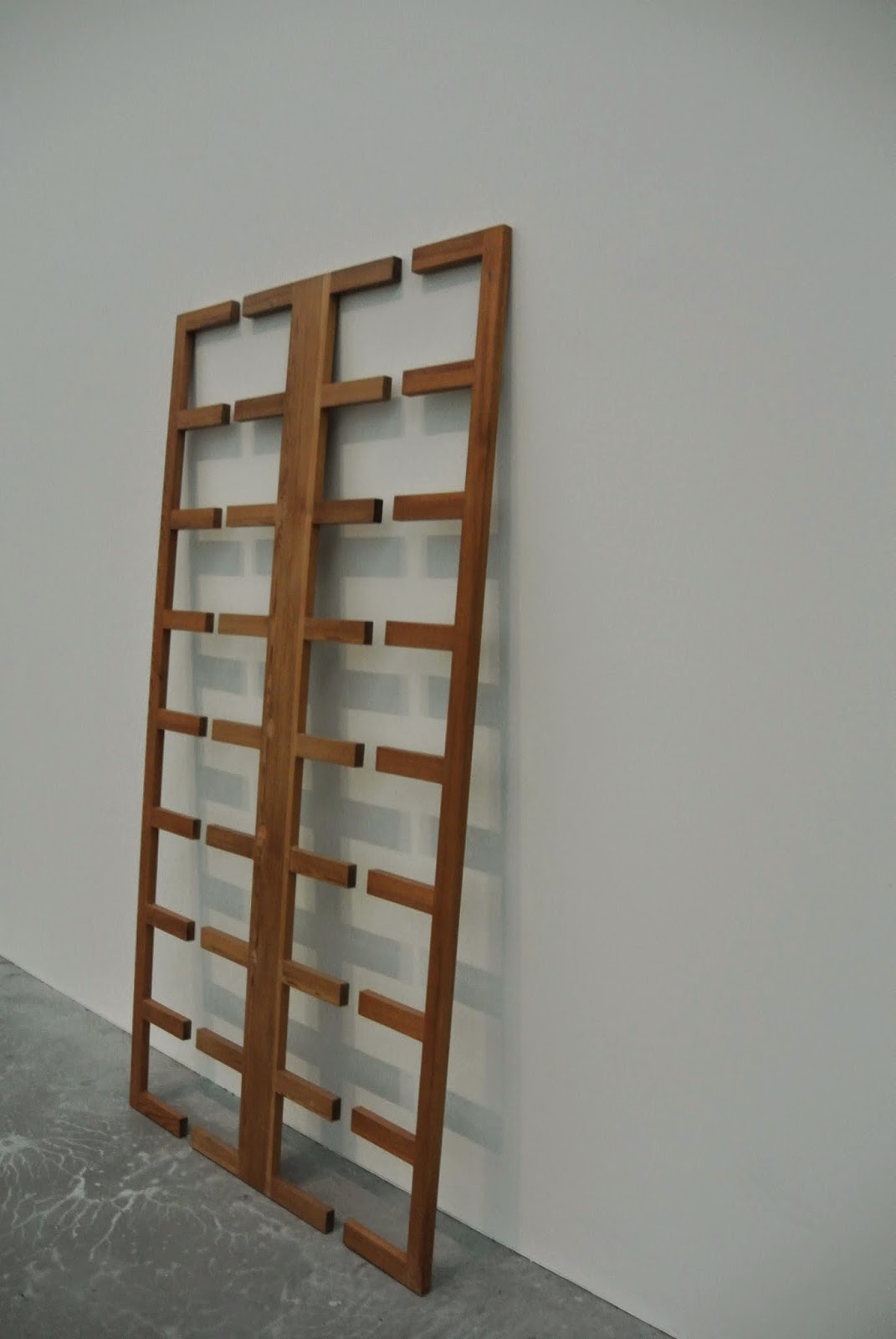 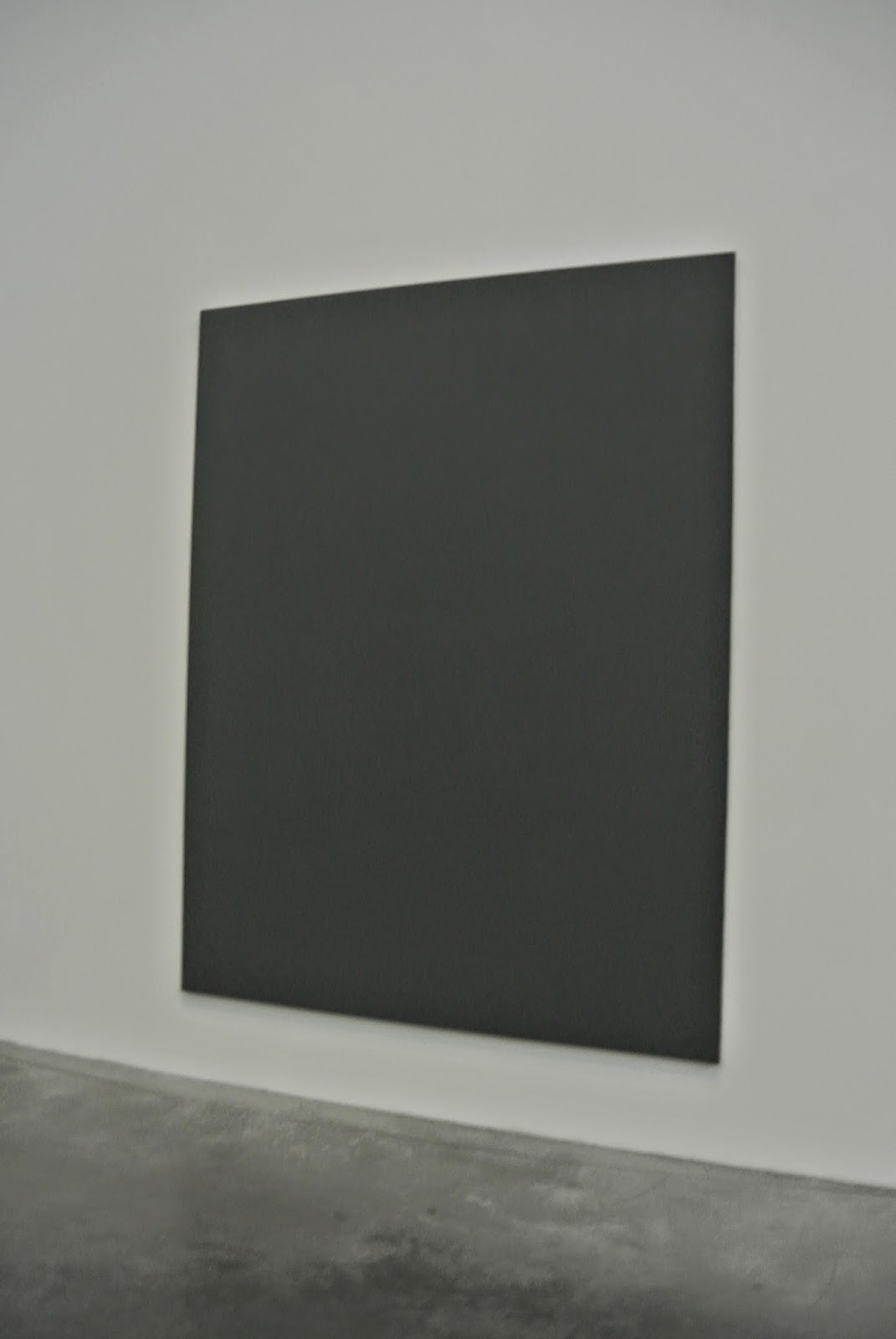 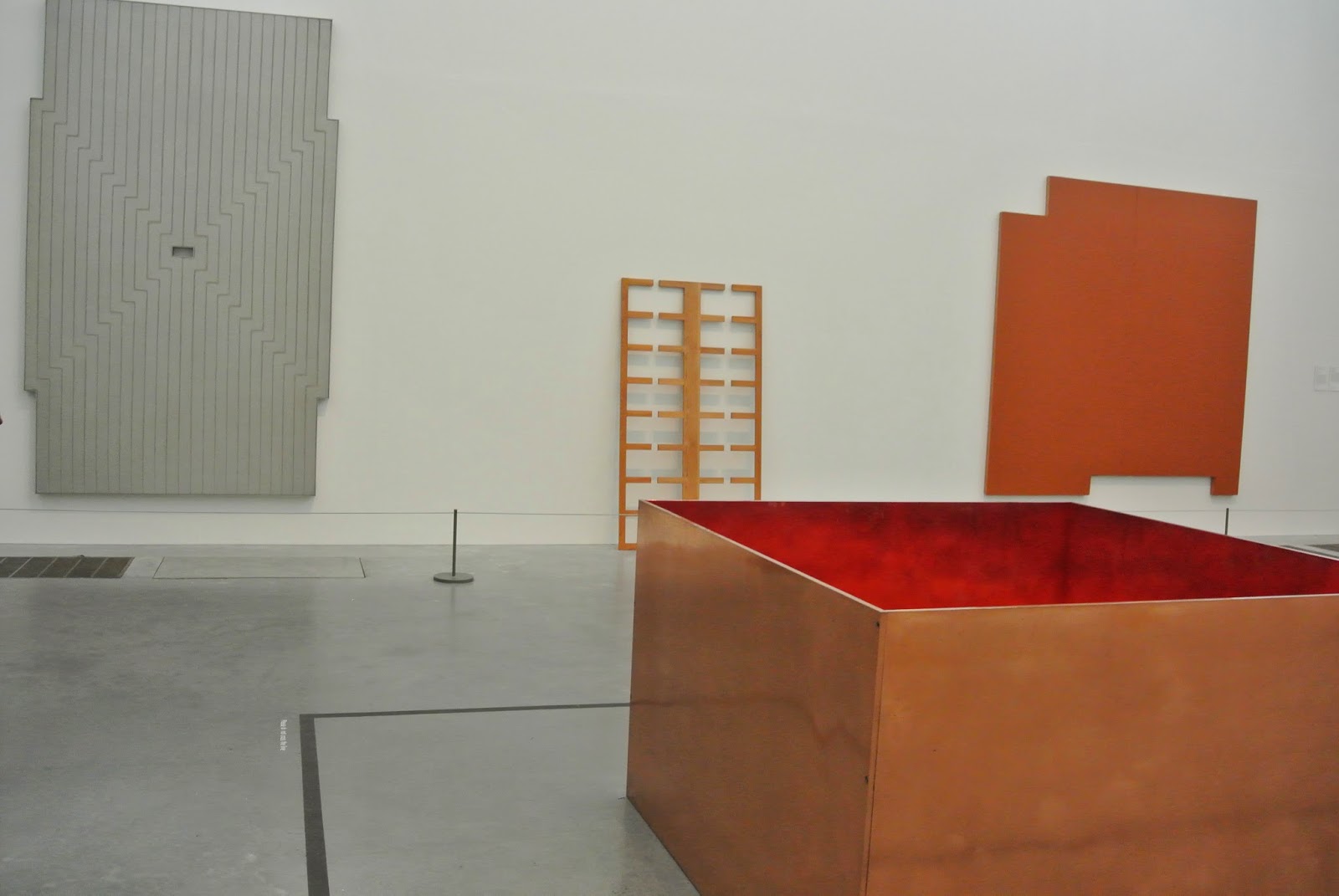 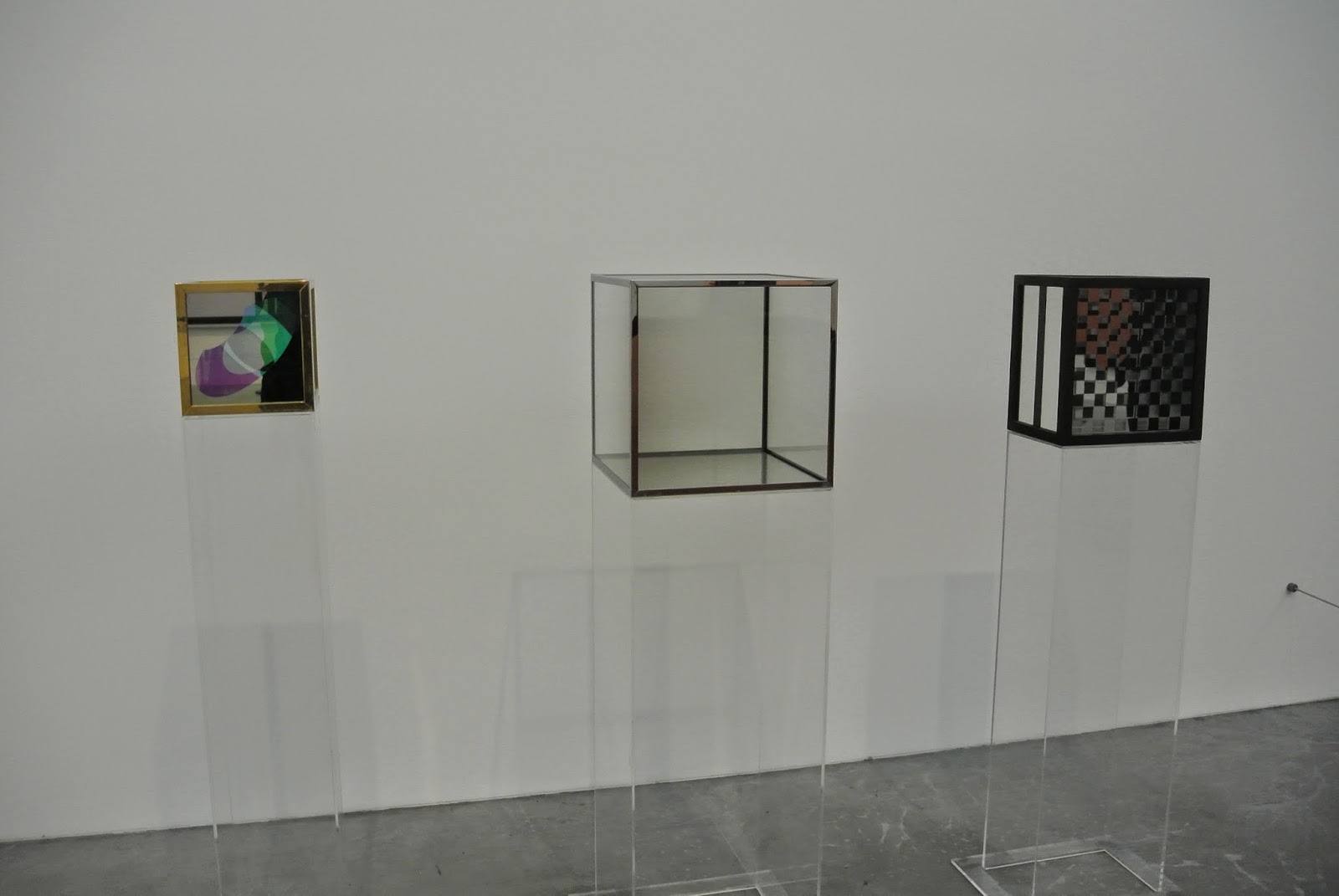