DAVE ROBILLIARD - THE YES NO QUALITY OF DREAMS - THE ICA

Painted with acrylic and written with whimsy  and worldly experience Robilliard’s paintings are bought together at the ICA in the first UK institutional exhibition for over twenty years. Occasionally lingering on the lewd side of language – Robilliard’s use of text enters into an imagined sublime in works such as Don’t Get Sand in Your Boiled Eggs (1988).

Encoded with brushstrokes and composed with figurative elements Robilliard’s paintings sit firmly in the context of London in the 80s. The relationship between text and image becomes blurred as they are united together in paint  - there is an equality. Text isn’t part of some cubist connotation in Robilliard’s paintings, verging towards autobiographical the text offers a snippet into thought. The text used is in fact taken from Robilliard’s own poems, fusing forms the prose is painted into submission and into new aesthetic realms.

Written with colour the painted poetry is further forced into our recognition with  the lingering open white spaces of the canvases existing as blank lines of an unwritten narrative – a narrative cut short upon Robilliard’s death at the age of just 36 in 1988.

The exhibition runs between the 16th April until the 15th June 2014.

REMEMBER – Don’t get sand in your boiled eggs! (Sound advice)

See below for some photographs taken at the exhibition: 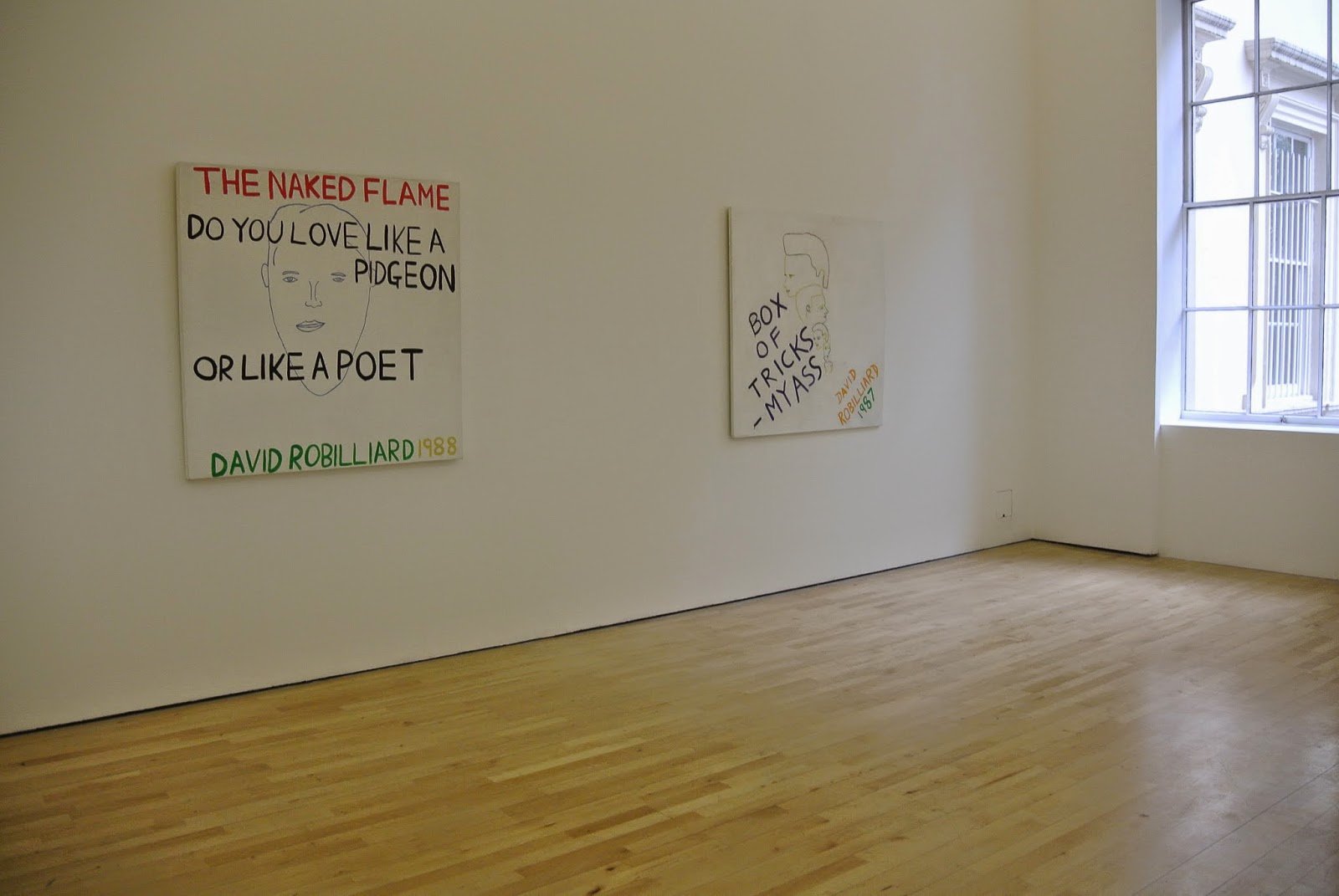 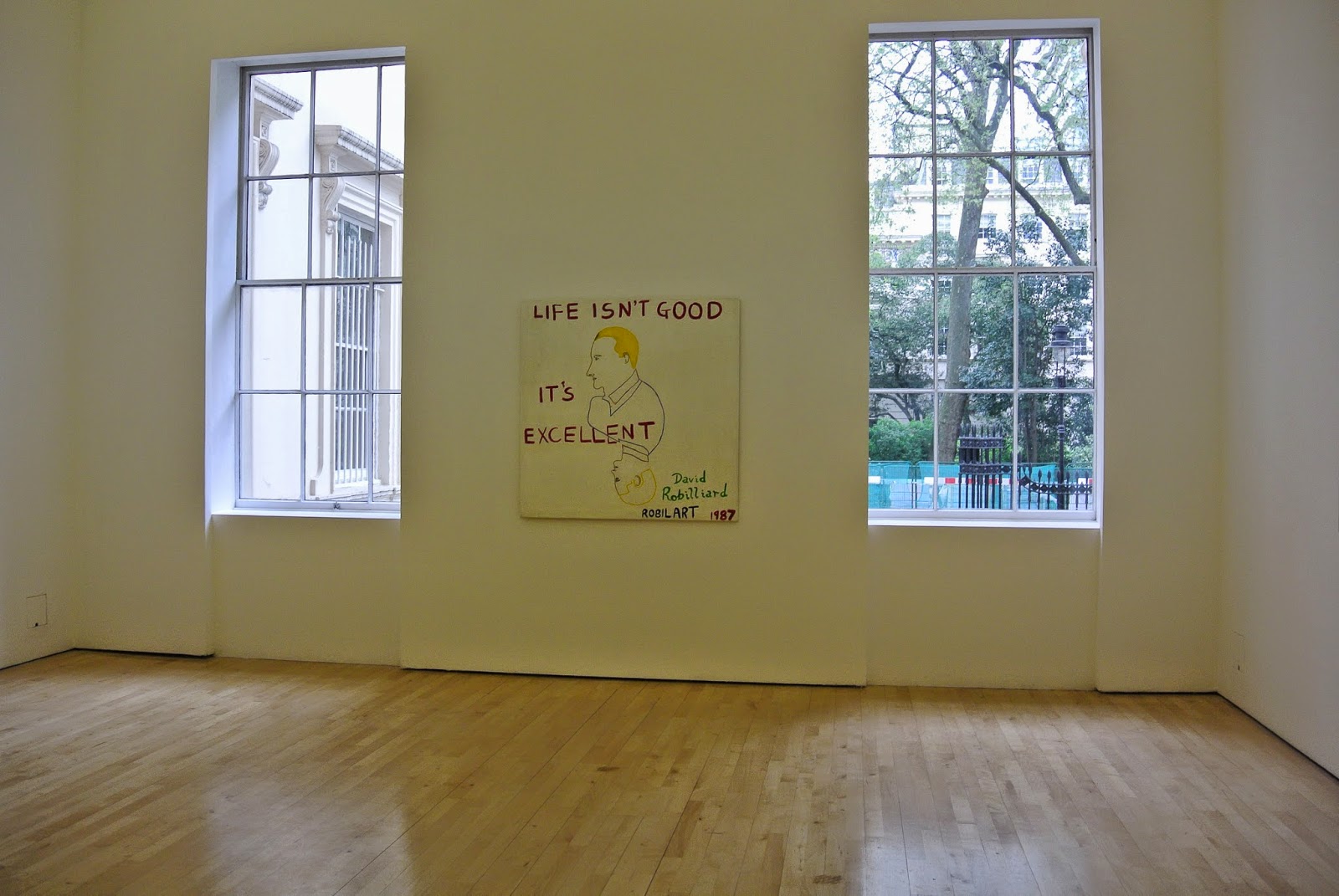 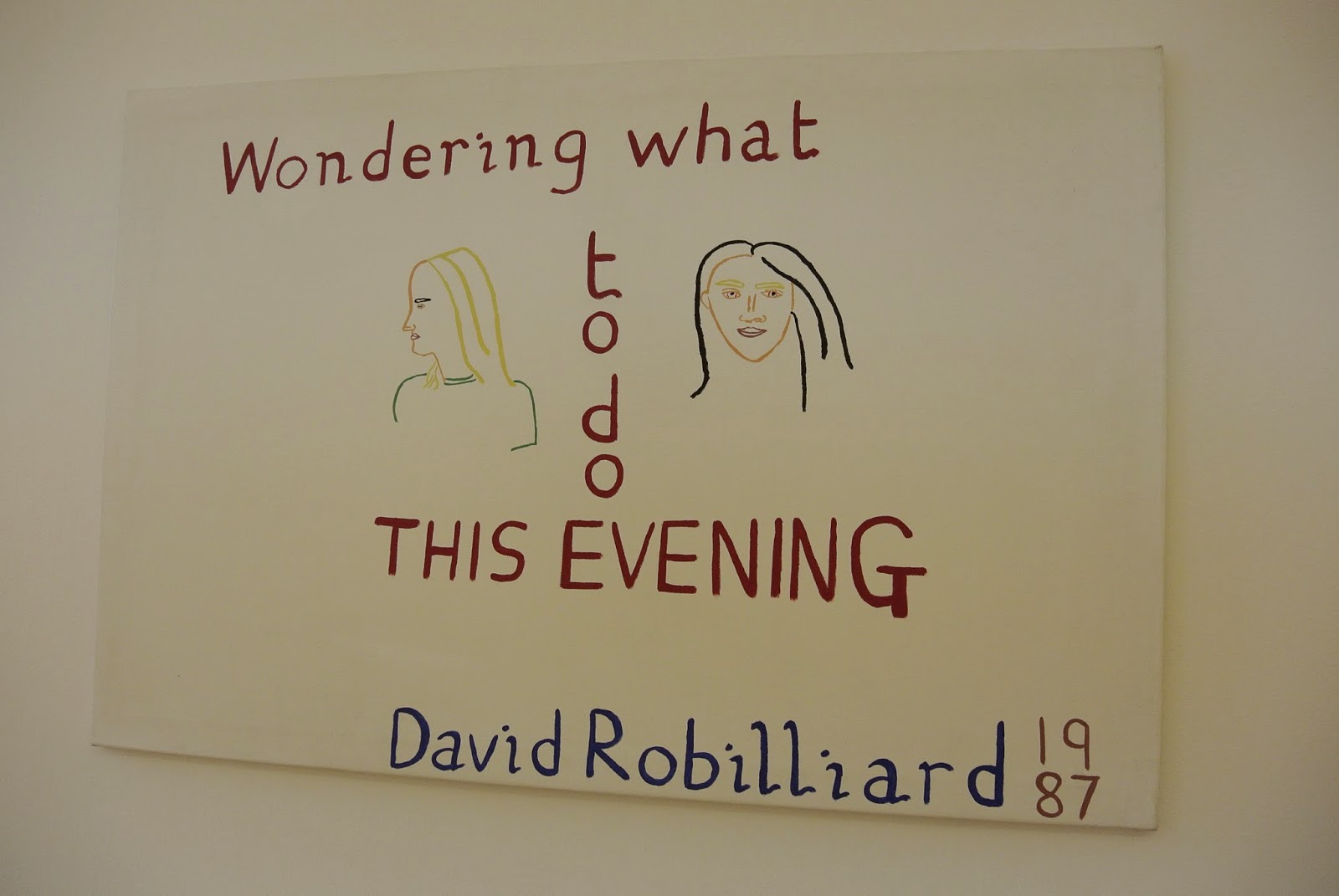 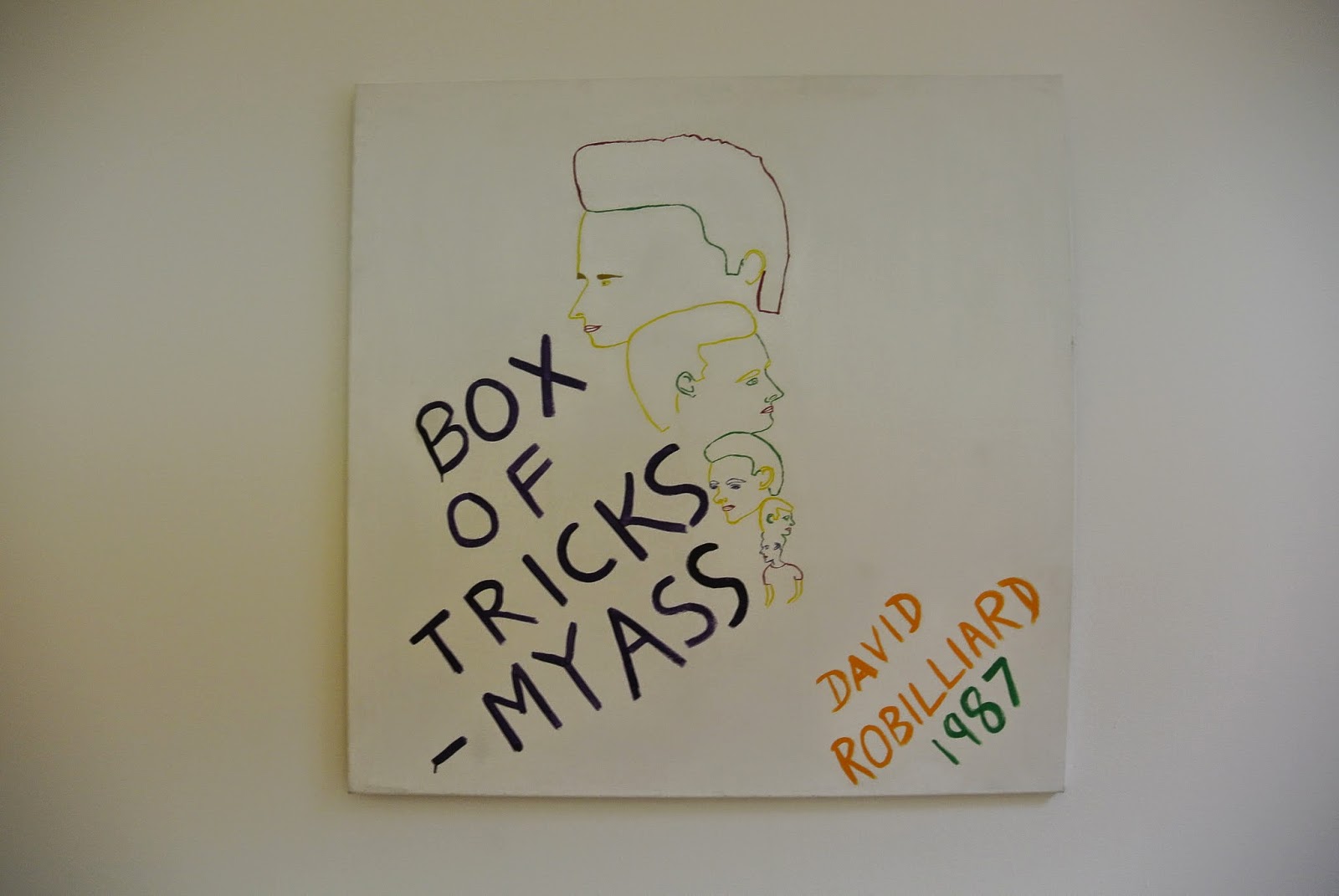 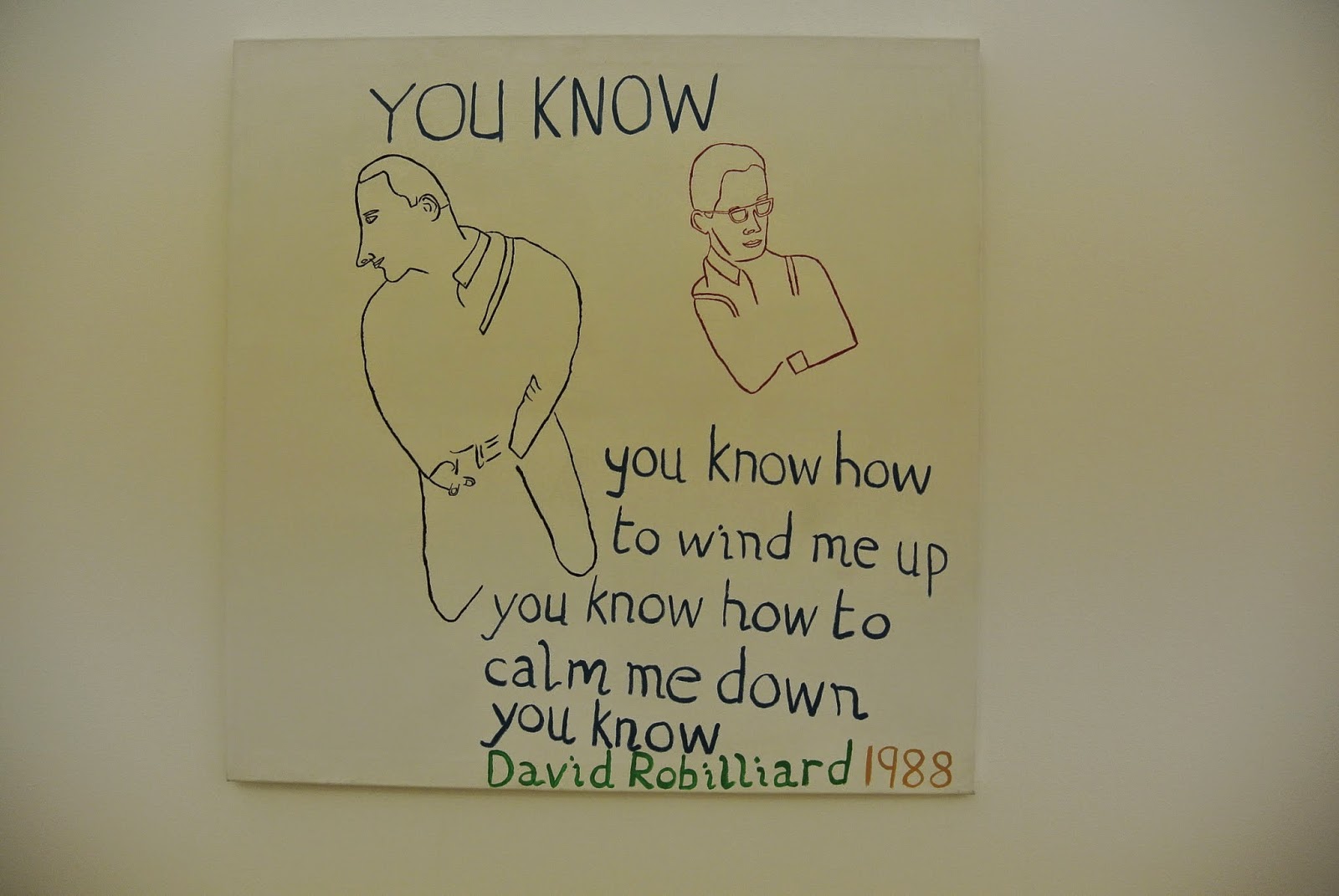 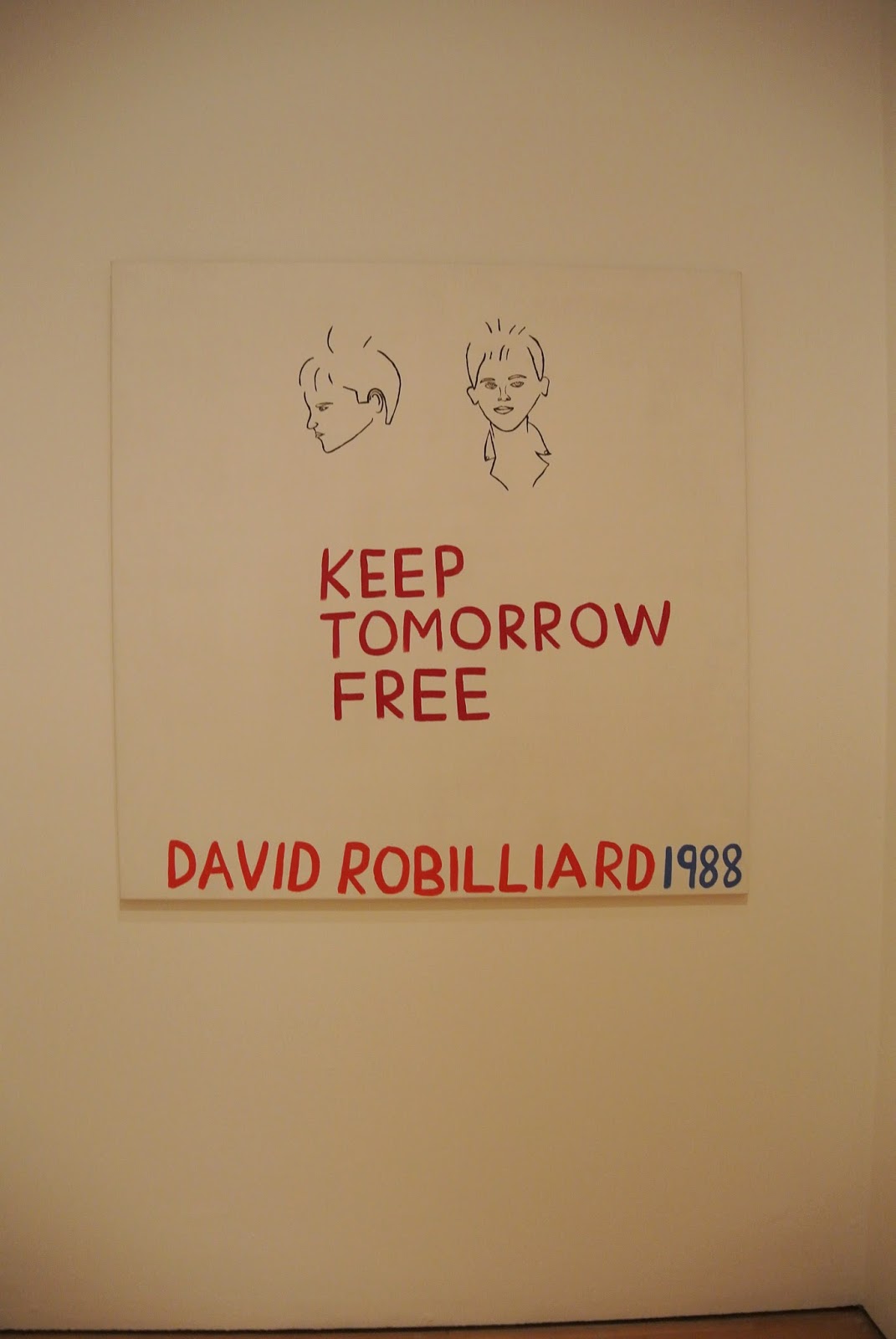 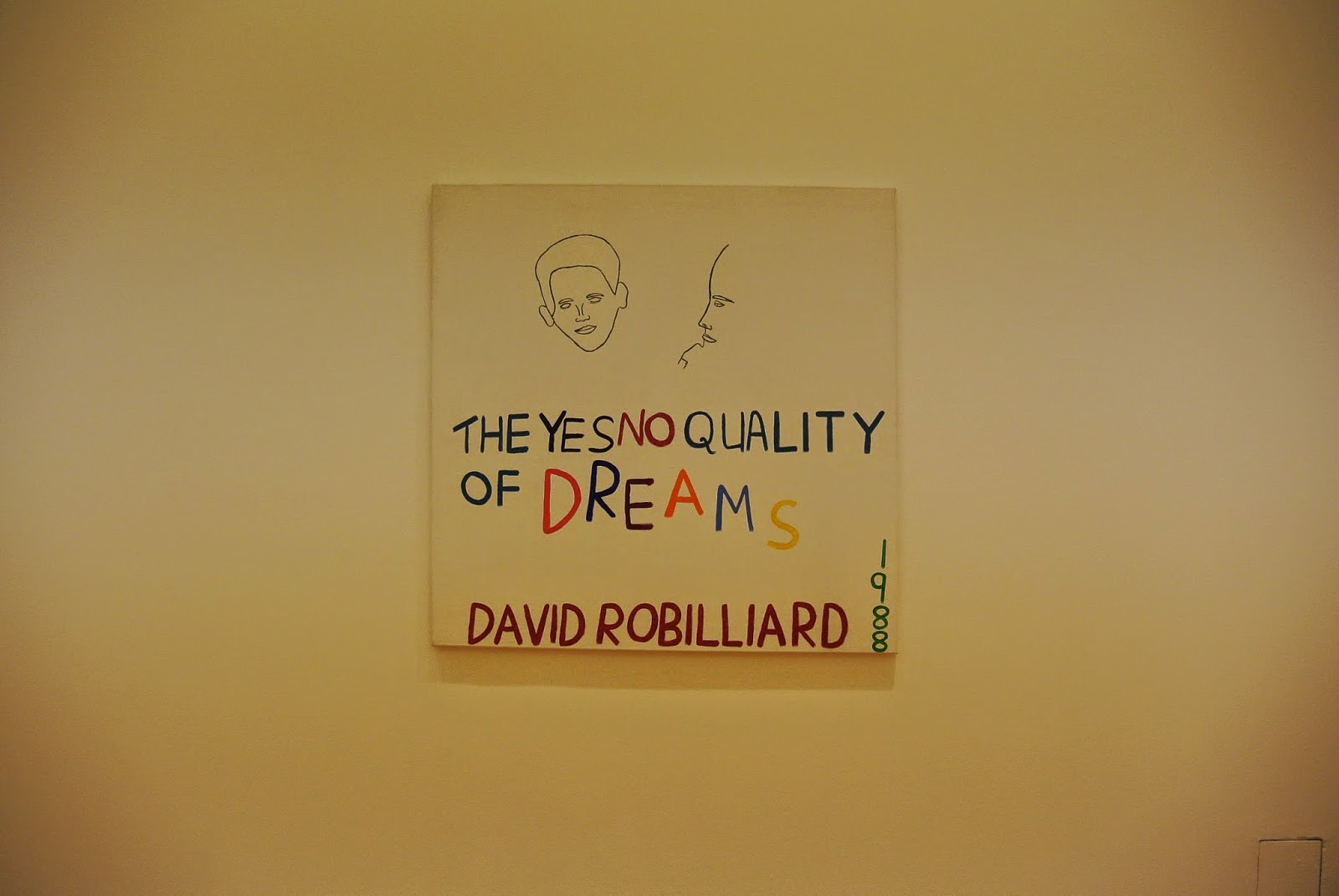