Famous for fluorescent light pieces, Dan Flavin (1933-1996) was a key player in the narrative of Minimalism. Featured in the two rooms devoted to Flavin are some examples from the series of Monuments  dedicated to the Russian Constructivist artist Vladimir Tatlin.

This series began in 1964 and culminated in 1990, throughout each piece lays a bare clinical edge to the subtle surface of the glowing white fluorescent tubes. Taken from reality and the readymade and into the realm of the transcendental, the light at the end of the tunnel, at the end of belief within the two rooms exists a fleeting thoughts and a potent comment on content.

There is an inherent reticence to suggest process, the reliance of the piece on electricity and energy could be reflective of an inner core of power that is supported by a force we are unable to control. We become conscious of this power, but we also become desensitised to it – we allow it to drift with the rays of light.

A sense of displacement and the sublime seem to collaborate to a self-generated setting creating a moment in time. It is a valid question if a tree falls in a forest and no one is there, does it still produce a sound? In this case can we extrapolate this to say; is Flavin’s work still art if there is no eye to see the light?

I’ve seen Flavin’s work in books – nothing can replace the act of being in the presence of the works, they seem to live and breathe like us – move, inhale, exhale and listen – they follow us, and we follow them. We speak - they stand, we comment- they transcend words, we close our eyes – the work ends its realms in reality and enters into our ephemeral temporal memory.

Arranged around the white walled rooms on Level 4 of the Tate Modern, a living narrative is created, a performance of colour and light is forced in our eye with a spectrum of energy. Flavin’s work has to be seen to be believed – seen to be experienced. 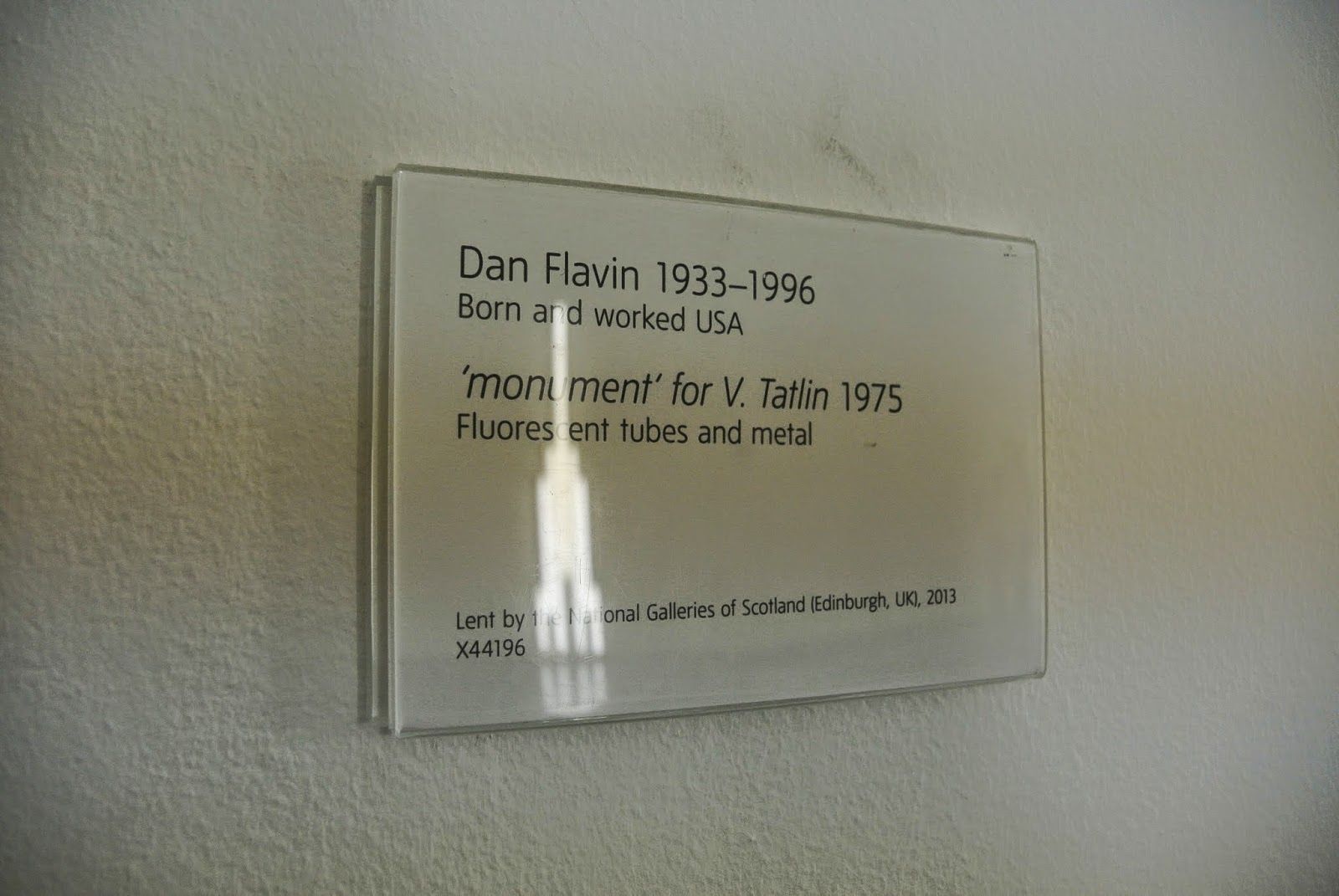