MARTIN CREED - WORK NO 227 THE LIGHTS GOING ON AND OFF 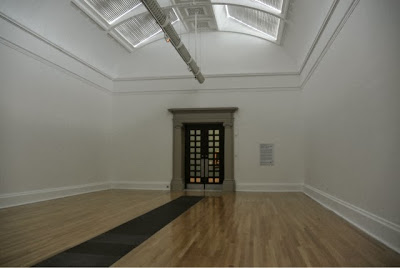 Martin Creed’s; Work No 227: The lights going on and off caused tabloid outrage when Creed won the 2001 Turner Prize. Just think of the tabloid’s reactions now that the Tate has recently acquired the piece for the Tate’s permanent collection.

With Work No 227 recently estimated to be worth over £100,000 I’m sure the red tops nearly choked on their own laughter. When contemporary art gets expensive, it also, surprise, surprise – gets serious (sometimes). Purchased with funds provided by Tate members, The Art Fund and Konstantin Grigorishin, the piece consists of an empty room in which lights switch on and off every five seconds. However Work No 227 didn’t turn on all visitors in the 2001 Turner Prize, with artist Jacqueline Croft throwing eggs at the wall of the installation.

It seems an intriguing concept, every five seconds Creeds piece changes its state of being, the press may have sensationalised Work No 227 but it is a far cry from the cliché shock value typically associated with many a Turner Prize nominee and winner. Every other five seconds Creed creates a space that creates psychological questions on emptiness and the void. Yet once filled with light, for five brief seconds the installation is illuminated with energy and ideas, suggesting that the light is an intervention in the gallery space.

Art critic Louisa Buck claims Work No 227 is an; “…important work. It is a sober minimalist piece in a long line of artists using everyday materials for potent formal and psychological effect. It’s not easy viewing.” With Work No 227 not being site-specific, next year when the Tate takes the work on tour the work will change with the context of each new location. However it seems strange that Work No 227 has been sold. The Tate has a tough job explaining why they’ve purchased essentially an idea/intervention (and arguably an artwork), an invisible installation that provided there isn't a power cut will illuminate debate in years to come.

For those keen on Creed,  (haters going to hate), The Hayward Gallery is holding the first major survey of Martin Creed's work, spanning Creeds "most minimal moments and extravagant room-sized installations."  int of it? 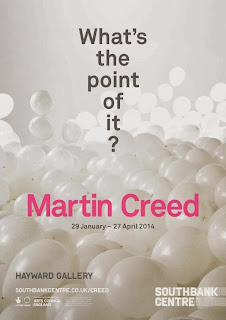