For my painting workshop I have decided to continue exploring the theme of existence by attempting to take apart and reassemble my paintings into a new being/form. Inspired by the work of painters such as Angela De La Cruz and Markus Dobelli I decided to work on a relatively large scale (initially). 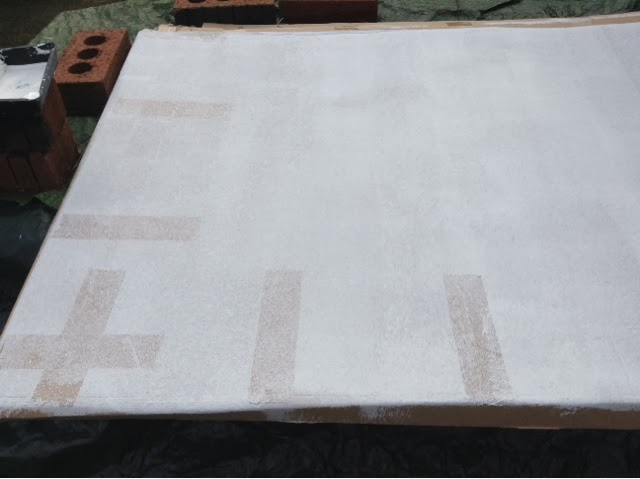 After experimenting with painting on cardboard previously I decided to start off by applying a few layers of white emulsion onto the card. 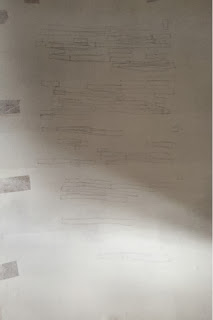 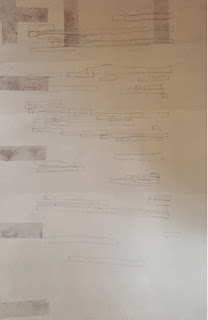 I planned to paint and layer my NAUSEA steganography/code drawings (click here for more information about the drawings) using paint, however I also attempted to explore layering text and numbers to make the code more present. 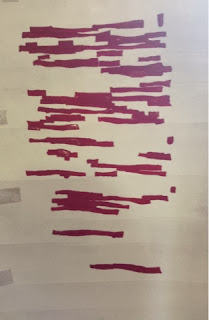 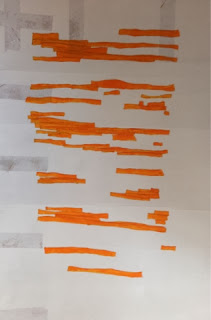 After painting the first layer I then decided to change my plan and draw out a steganography/code drawing on top of the painting. 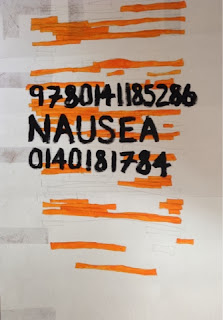 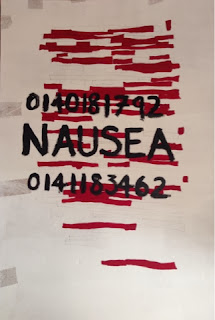 Instead of then painting a third layer on top of the now mixed media painting I decided to incorporate text and numerical code to add a new dimension to the paintings. To further develop my paintings I decided that I wanted to take them apart, now there were a few ways I could do this, but I decided instead of taking them apart and e.g. Stitching them back together I wanted to permanently change their state of being. This led me to burn both of my paintings, as a result the process becomes more significant as whilst burning the paintings emitted sound, light and heat energy.

In order to store the remains of my two paintings I have placed them in two labelled jam jars, I hope to use these remains in the future by possibly grinding them down and mixing them with a liquid vehicle to construct a new painting. 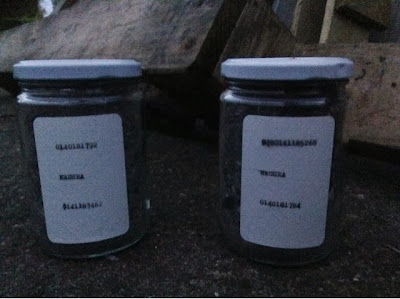 I recorded each painting being burned and was intrigued by the sound of the burning and liked the idea that you could physically listen to the sound of a painting, click below to view and listen to one of my paintings being burned: